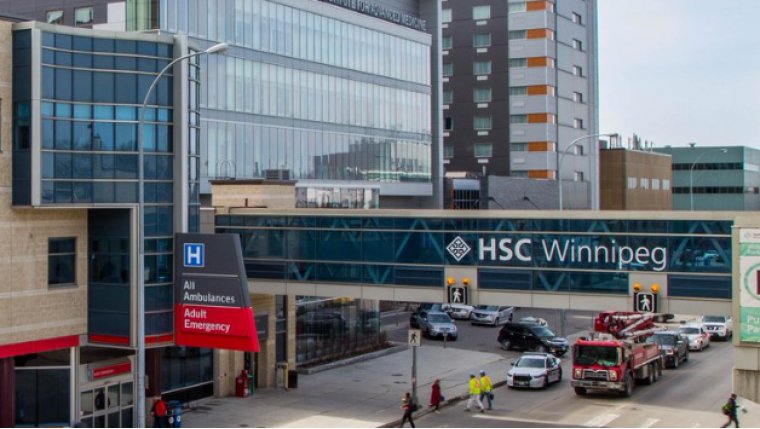 WINNIPEG - The Health Sciences Centre is apologizing as it investigates how a man with a three-inch nail lodged in his arm was kicked out of the ER. Larry Chief says security guards accused him of taking photos on his cell phone, which he maintains he didn’t do. He arrived early that morning with his left forearm impaled after a home renovation injury near his home in Lake St. Martin, three hours northwest of Winnipeg, where a nail gun misfired as he held onto a sheet of wood. After waiting for nearly three hours, he says three guards came up to him and asked him to leave for taking photos. Chief says he was just playing a game on his phone, and that he was ejected from the building without being seen by a doctor as a result of racist discrimination.

He waited for a ride to St. Boniface Hospital for 20 minutes, according to Chief, where he was quickly given medical attention and had the nail extracted.

HSC Chief Operating Officer Ronan Segrave says an investigation into what happened was triggered immediately after Chief contacted them. Segrave says although it seems security staff were motivated by a misunderstanding amid privacy and confidentiality concerns, the response didn’t meet standards for patient care.

14 days shy of 12 years ago, a 45-year-old man was found dead in his wheelchair after waiting for treatment for 34 hours in the same emergency department. Brian Sinclair had died of sepsis before he was found at the Health Sciences Centre on Sept. 21, 2008.

The six-year inquest into Sinclair's death found that health-care workers had assumed Sinclair was homeless and drunk, and was just "sleeping it off." It made 63 recommendations, which Manitoba’s ombudsman said in a letter to the Province's chief justice last year had been satisfactorily acted on. At the time, Health Minister Cameron Friesen affirmed that Sinclair's death was a "systematic failure," and that work to ensure the needs of Indigenous Manitobans are met would continue through Shared Health.