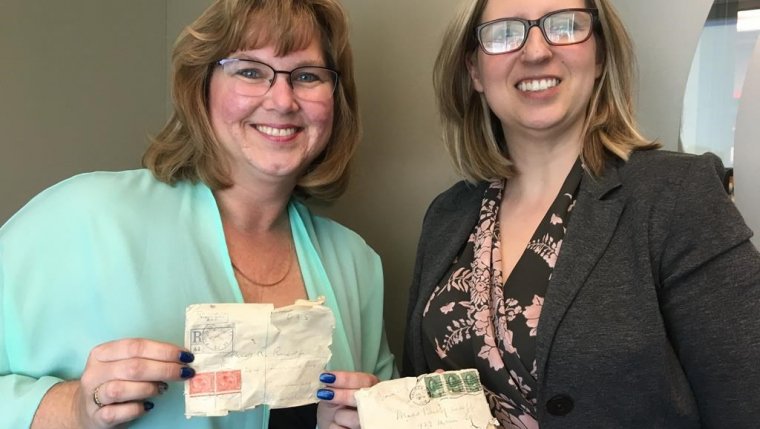 WINNIPEG — Century−old love letters are being returned to a family after they were uncovered by a construction crew working on a historic building in Manitoba.

The letters from 1918 and 1919 are addressed to a Rebecca (Becky) Rusoff in Winnipeg from a soldier in Halifax named Soko.

The man writes about how he thinks about Becky all the time, looks upon her as a perfect treasure and would love her until death.

Sonya Berthin, with the property management company in charge of the building, says the letters were found in near−perfect condition while crews were working in the basement of the downtown Paris Building.

They eventually learned the romantic was Hyman Sokolov, who became a prominent lawyer and journalist in the city, writing to the woman who would become his wife, Rebecca.

Berthin has since been contacted by the Sokolov’s grandson and says they are working on returning the letters to the family.