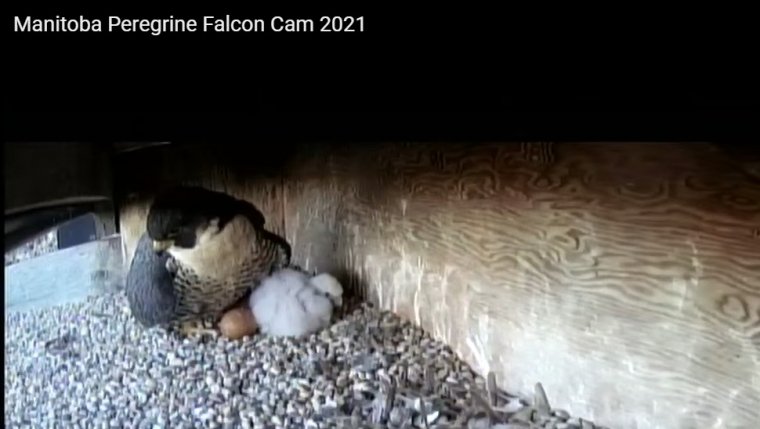 WINNIPEG - Views of a Peregrine falcon family in a downtown Winnipeg nest are being livestreamed for all to see.

The 2021 Falcon Cam is a project of the Peregrine Falcon Recovery Project, in collaboration with Shaw TV. This year, Ella and Pip have returned to the falcon’s nest on a ledge at the Radisson Hotel after making an appearance last year.

Project coordinator Tracy Maconachie says they’re using a new camera inside the nest box this year, plus a new sky cam overhead. The broadcast will watch the family over the span of about two months. The Radisson Hotel in Winnipeg is one of several confirmed Peregrine falcon nests in Manitoba this year.

You can watch the Falcon Cam here.

Following a rapid decline between the 1950s and ‘70s, their reintroduction to Manitoba by the Manitoba Peregrine Falcon Project has helped the spectacular falcon make a recovery in more recent years. Pairs of reintroduced Peregrines have nested high atop the Radisson on Portage Ave. in Winnipeg since 1989. The birds tend to migrate very rapidly between nesting and wintering, flying as far as 500 km in a day.