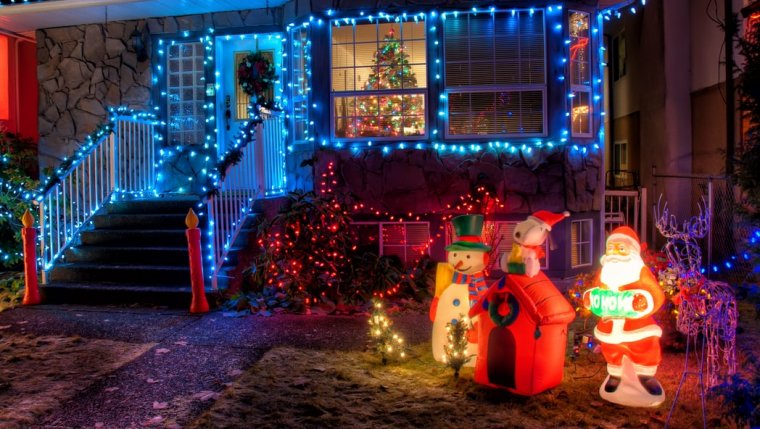 WINNIPEG - Members of Linden Woods Community Centre’s Board of Directors say they’re looking forward to having officials judge the hard work of neighbourhood residents as they continue their nearly 30-year-old tradition. Linden Lights will officially kick off their showcase of house lighting and decoration on December 14, but Manitobans have already been flooding the southwest Winnipeg neighbourhood to see Candy Cane Lane, Gingerbread Lane, facemask-wearing Polar Bear Land, and Reindeer Run ahead of judging.

Properties will be scrutinized for a full week right until the 20th, and awarded points for visual completeness, craftsmanship, impact, and originality, with a Best House, Best Street, and a new “People’s Choice” award up for grabs. Plaques in the closed Community Centre show the success of past years, and this year organizers are asking visitors of all ages to “boldly and safely” come by to help with voting.

Linden Lights started in 1992 as a way to encourage people to get to know each other. At the time it was judged by neighbourhood watch groups, and it quickly gained popularity when a few neighbours appeared to have collaborated on a theme. Linden Woods resident Joelle Lee says at the time the community was half the size. This year’s festivities have generated lots of slow vehicle traffic in the area. Photos and videos of the area show hundreds of cars lined up to view the showcase.