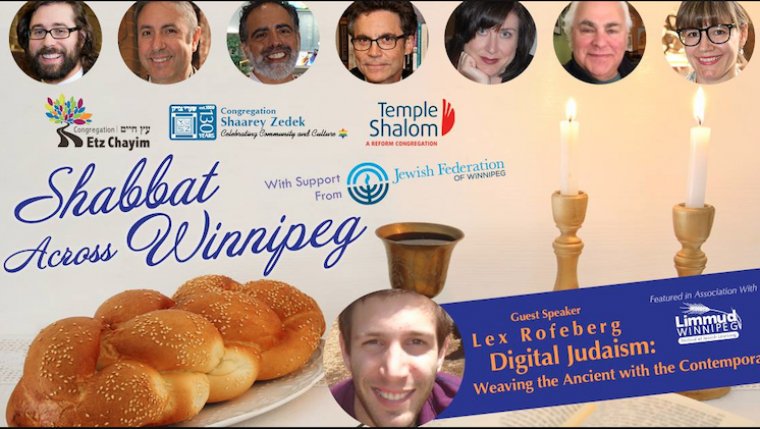 WINNIPEG - Pressure ramped up on the Jewish Federation of Winnipeg and 3 area synagogues after donors and supporters learned from Marty Gold about the links of an upcoming guest speaker to a radical anti-Israel, pro-BDS (boycott Israel) faction.

Now, it's been learned that Lex Rofeberg, slated to deliver a keynote address at the 'Shabbat Across Winnipeg' dinner Friday evening "with support from (the Federation)", is not merely "also an active member of the IfNotNow organization" - as his bio for the event said.

Exactly one year before the Gold column, the far-left wing group lauded the rabbinical student as "One of our leaders".

The same day the column was published, detailing how 3 Winnipeg synagogues and their Rabbis are involved in the event, Rofeberg's INN cohorts disrupted a synagogue service at the University of Texas in Austin.

Protesters harassed the congregation and Rabbi's family because their guest Shabbat speaker was Leibel Mangel, a former member of the Israel Defence Force. He was scheduled to discuss his grandfather Rabbi Nissan Mangel, who as a young child survived the torturous experiments of Dr. Josef Mengele at the Auschwitz concentration camp.

The Rabbi of Chabad House is himself the grandson of a Holocaust survivor who served in the Bielski Brigade and saved Jews in Poland from Nazi extermination.

Complicating the Federation's support of an event in a synagogue giving an INN leader a platform to discuss "Digital Judaism" is that the Federation actively promotes the Birthright Tours of young Jews in the diaspora to go experience Israel. Last December, a half-dozen IfNotNow members infiltrated the tour and hijacked group discussions and rest stops, promoting their claims that Birthright “hides the Occupation (by Israel of Gaza)” before being evicted.

A number of IDF veterans and Jewish organizations, including Never Again Canada and the Jewish Defence League in Toronto, created videos, posted comments online, and mounted a phone campaign urging support for the efforts of ex-IDF veteran Ron East and other Winnipeggers to have the Federation and local institutions withdraw their involvement, however inadvertent, with an INN leader. 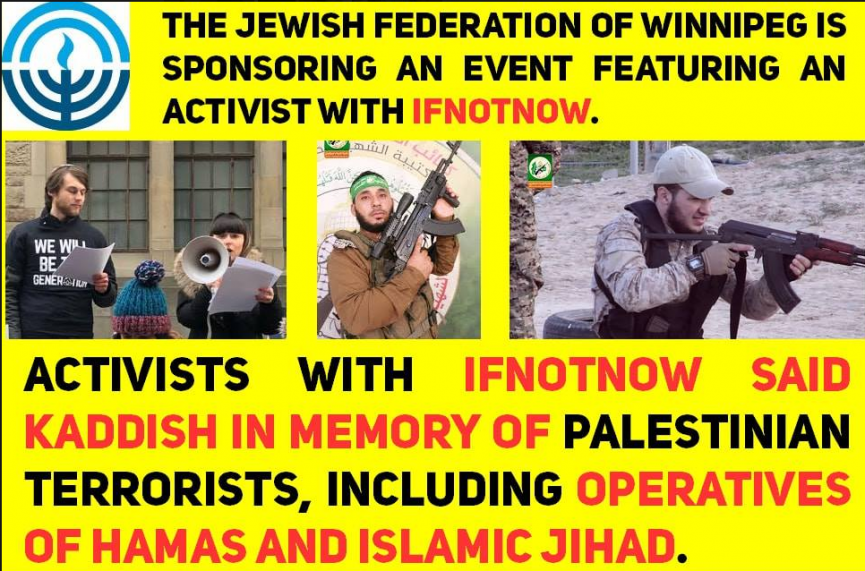 The Federation had not returned repeated requests for an interview or comment by deadline. Neither had Shaarey Zedek Synagogue or Congregation Eitz Chaim.

A spokeperson for the third synagogue involved, Temple Shalom, was reached at noon on Monday and said they had just learned of the controversy, called the IfNotNow conduct towards Chabad House "very disturbing" and explained "we still don't know anything" about how the dinner's host, Shaarey Zedek, would react.

"There are some people that won't be going - and yes some will - but I think that's what will happen if they don't change the speaker."

[ Marty Gold is an investigative reporter and podcaster providing a Jewish voice on the Canadian Prairies. His opinions do not necessarily reflect the views of the Manitoba Post nor its staff. Found on Twitter @TGCTS. Support for his citizen journalism can be directed via PayPal via http://paypal.me/MartyGoldMedia]