Hundreds Show Up to Keep Dogs Company at Christmas 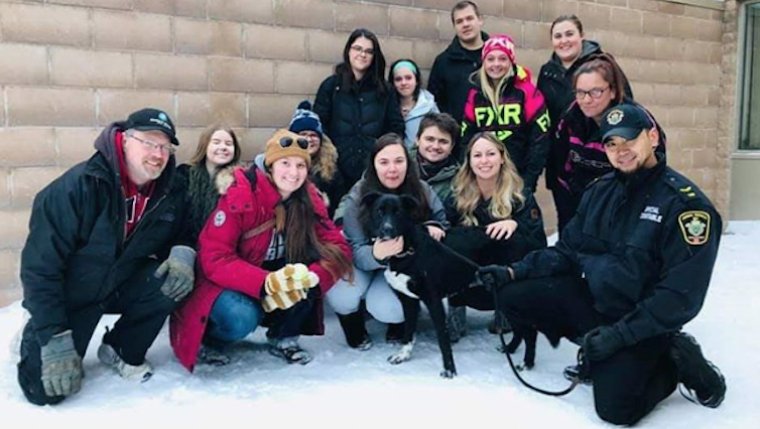 WINNIPEG — A Winnipeg dog shelter’s idea to keep the animals from getting lonely on Christmas was so popular that people were lined up out the door.

On a typical holiday, staff at Winnipeg Animal Services clean the kennels and take the dogs out into the yard, but the animals mostly spend the day alone.

So a few weeks back, workers posted an event on Facebook inviting the public to stop by in the afternoon on Christmas Day to hang out with

The department’s Leland Gordon says they expected a couple of people might come — not hundreds.

Those who came out got to play with the dogs in the facility’s two yards and visit with them in the kennels.

Gordon says some of the visitors said they plan to return to adopt a dog when the facility opens for regular hours on Thursday.

"When we created the Facebook event we thought ... ’Who’s going to want to come in on a holiday to play with our dogs?’ So we were blown away," Gordon said.

Many visitors brought donations for the animals based on a wish list, while others brought treats for the volunteers and staff.

In the end, there were more visitors than dogs.

Gordon said most of the dogs are unlicensed strays that were picked up on the streets of Winnipeg.