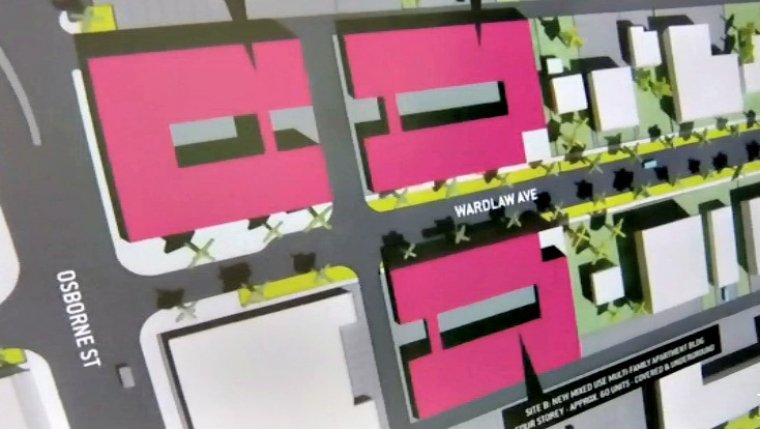 In the last 5 years the Osborne Village business district dropped off a cliff with vacated storefronts, reduced bus service, and increased muggings and property crime. The resulting discord from Biz members and neighbourhood residents resulted in the Biz initiating a foot patrol and some new tenants from the pot industry took root. This week another sign of recovery took a tentative first step.

"The Zoo" 160 Osborne St. frontage is projected as a 6 storey, 100 apartment project; the rear parking lot where the vendor used to operate is labeled as the 6-storey 425 Wardlaw, with 60 apartments; and the parking lot behind 92 CITI-FM is also viewed as a candidate for a 4 storey building as 424 Wardlaw, with approx. 60 units. All of the buildings would have covered and underground parking and a commercial/retail component.

Marty's take - Having spent many of my years between 1992 - 2015 headquartered out of the hotel working with bands and performers, dealing with room guests and legendary characters, manning the front desk, DJ booth and all points in between and liaising with the neighbourhood - did someone mention Canada Day? - I hope this comes through. That stretch became bleak once the Green's sold the family business, and the area south of Stradbrook is due for some good luck. The required re-zoning seems like a good idea, for a lot of reasons.