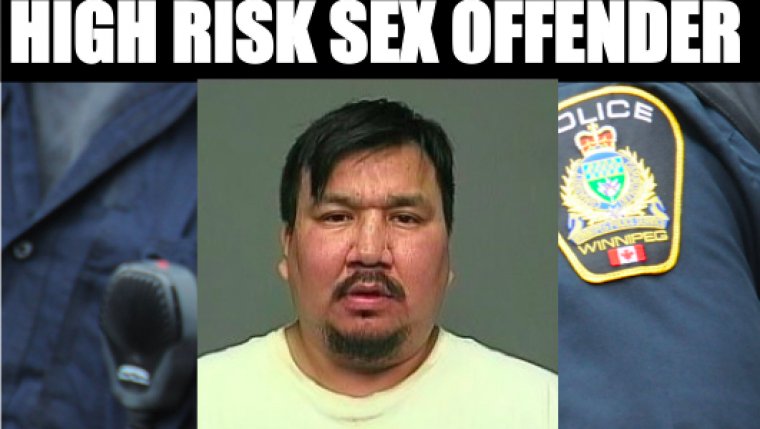 WINNIPEG - A high-risk sex offender who has been charged several times is once again being released from jail and will likely live in Winnipeg.

Winston George Thomas, 41 years of age, a convicted sex offender who is considered a high risk to re-offend in a sexual and/or sexually violent manner against all women, both adults and children.

Thomas was released from Headingley on Tuesday after having served approximately 5 months for breaching the curfew condition of his Probation Order.

Upon release, Thomas will be subject to supervised probation until December 14, 2020. He will also be subject to a lifetime weapons prohibition order.

Thomas has a history of sexual and violent offences. Although he participated in some treatment programming in the past, Thomas is still considered a high risk to re-offend in a sexual and/or sexually violent manner. All females, both adults, and children are at risk.

Thomas' conviction for sexual assault in 2008 was committed against a 13-year-old girl. He was sentenced to 2 years less one day (in addition to one-year pre-sentence custody) and supervised probation for 3 years. In 2006, Thomas was convicted of sexual assault involving an adult female. He was sentenced to two months (in addition to 3.5 months of pre-sentence custody). In 2003, he was convicted of break enter and commit sexual assault in which he broke into a woman's home and sexually assaulted the her. Thomas was sentenced to 14 months (in addition to 5 months pre-sentence custody) and 3 years supervised probation. Thomas has also been convicted of aggravated assault, assault and breaching probation and recognizance orders.