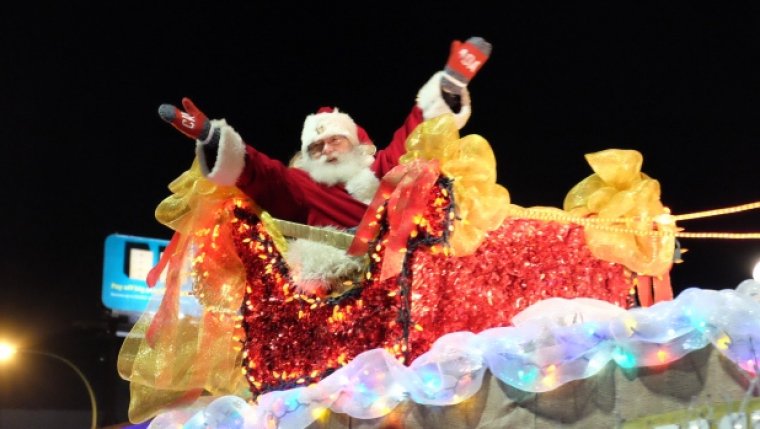 WINNIPEG — Santa needs a new sleigh for his annual parade in Winnipeg, and organizers hope crowdsourcing can raise $100,000 to replace the rickety one that’s been in service for at least 60 years.

The Winnipeg Parade Committee says the current Santa float has been deemed unsafe, the decor is crumbling and the snowmen on it are disintegrating.

They’re asking Winnipeggers to contribute to a GoFundMe campaign to pay for a new float that’s already under construction so it can be ready in time for Christmas.

Parade director Monica Derksen says the old float was built out of billboards from Eaton’s — the former department store that started the Santa Claus Parade in Winnipeg 1909 — but those billboards aren’t holding up.

She also says the exhaust for the generator that powers the lights vents a bit too close to Santa’s feet.

Derksen says the new float will include a hydraulic system to lower it so it can follow the other floats under a bridge, instead of having to make a detour at the end of the parade route like it does now.

"There’s some people who wait on the other side of the bridge and they end up disappointed because they don’t get to see Santa," Derksen said.

The parade’s website says that Eaton’s launched the first parade in Toronto in 1905, and that the second and third parades were launched in and Winnipeg and Montreal in 1909.

It says that more than 3,000 Manitobans participate in the parade itself and the event brings more than 60,000 people to Winnipeg’s downtown annually

The pitch for donations on the GoFundMe page comes from the jolly old man himself.

"I’m scheduled to fly into Winnipeg for the 109th Winnipeg Santa Parade on November 17. There is only one problem − my sleigh," Santa’s message begins.

"At our most recent visit to the workshop, our head mechanic, Elf Alvin, was beside himself and broke the news that "it just can’t fly anymore."

Derksen explained that a crowdsourcing campaign was chosen because organizers didn’t feel it would be proper to have a sponsor’s logo on the side of Santa’s sleigh.

"We have deep roots in the community," she said.

— By Rob Drinkwater in Edmonton