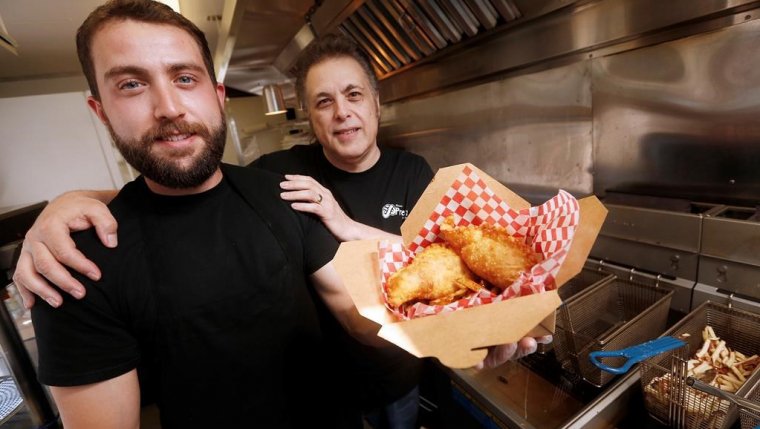 WINNIPEG — Anthony Faraci stood in his food truck mixing together a special family recipe that shaped the snacking world in the 1960s.

His great−uncle Paul Faraci is credited with inventing Pizza Pops — the tasty treat which became a staple in dorm rooms across the country — in Winnipeg in 1964.

Anthony Faraci is now hoping to bring the original recipe back by selling the handcrafted snack in the city where it all began.

"It’s one of those hidden gems," Anthony Faraci said Tuesday. "Everyone has enjoyed them before but not realizing they were made literally in your back door."

Paul Faraci owned a restaurant in Winnipeg when he decided to experiment with the Italian cheese−filled turnovers. The snack, which he called Pizza Pops, were a big hit.

Soon, Paul Faraci took on partners, started manufacturing the snack and selling them to grocery stores.

By 1980, Paul Faraci split with his partners and they later sold the business to Pillsbury. Pizza Pops are now made by General Mills.

But the founder always wanted to bring the original recipe back, said Phil Faraci, his nephew and Anthony Faraci’s father.

Paul Faraci died in February in Vernon, B.C., at the age of 89, and soon after the family received calls from across Canada asking for shipments of the pizza treat.

Anthony and Phil Faraci had always made them at family gatherings and decided to try their hand at reviving the family legacy.

People looking for the original taste can find it in Pops — Paul’s Original Pizza Snack — which are being baked and sold out of Anthony Faraci’s food truck.

"For right now, if you are lucky enough to live in Winnipeg, you’ll have a chance," Anthony Faraci said.

One of the first customers to the food truck on Tuesday was Winnipeg Mayor Brian Bowman. He said it was nice to welcome the tradition back to Winnipeg.

"They are making them from scratch here so they are not frozen," Bowman said. "If you went in [the truck] they have the fresh dough, they are doing the fill, the forms, the whole bit in there."

Placing the freshly baked snack onto a plate for another hungry looking customer, Phil Faraci looked at a picture of his uncle hanging on the side of the truck.

"It’s emotional sometimes. I see his picture, this is what he wanted," he said. "We will try it and see what happens and hopefully the public will like it too."