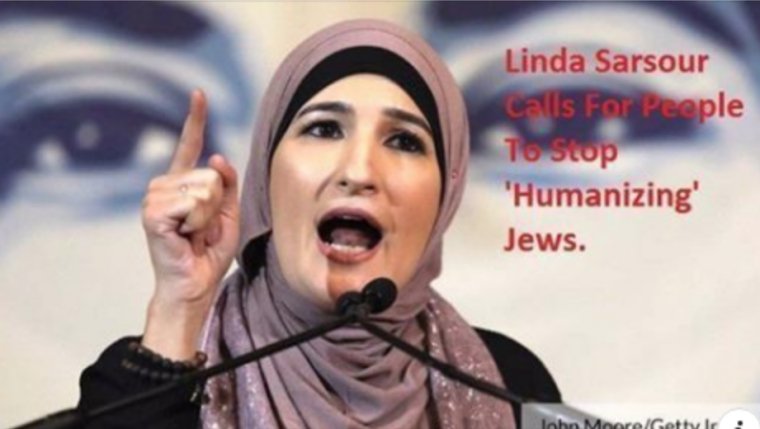 The Jewish community was joined by friends across the multicultural spectrum in Winnipeg, expressing shock that a school division is renting space to an event showcasing controversial Islamist-American pro- BDS activist, Linda Sarsour of Brooklyn, NY.

Tickets for a 100th anniversary fundraiser - booked for next month into the Seven Oaks Performing Arts Centre on Jefferson which is funded and operated by the School Division - are being sold by the beneficiary with a possible tax break as part of the pitch.

"Choose to support the Social Planning Council of Winnipeg by purchasing the $60 Premium ticket and get an income tax deductible tax receipt for the price difference."

An online event listing tipped off Ron East, and other Israelis and IDF veterans about the April 26th panel with Sarsour. She has made inflammatory statements about Israel and Jews on her own, as well as not denouncing those of her key ally, Nation of Islam leader Louis Farrakhan. He recently described Jews as "termites".

An online petition to the Chair and Vice-chair of the Board of Trustees, also includes a 2 minute video "Unmasking anti-Semite LInda Sarsour", with details of her embracing a terrorist convicted of the bombing death of 2 students in Jerusalem, Rasmea Odeh. The Jordanian has been deported from both the United States and Germany in the past 2 years.

The petition, found at https://bit.ly/2US2FNi, also notes Sarsour's personal attacks on Muslim women who campaign for the abolishment of female genital mutilation, and of her urging Muslims not to 'humanize' Israelis as it would reduce tensions between the Jewish State and Palestinians. 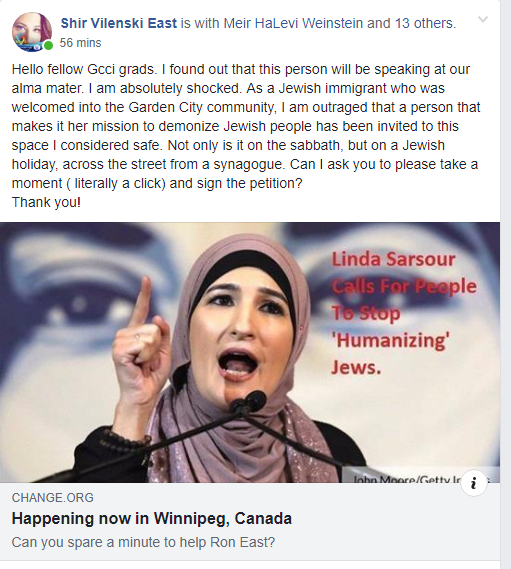 The Director of Grassroots Engagement for a newly formed pro-Israel coalition, Warriors of Israel, is Richard Weiss. He said the outrage in the community was immediate, when he circulated the online ad for the panel discussion, "Sorry Not Sorry: Unapologetically Working for Social Justice."

"I am very concerned somebody like Sarsour, a loyal friend of the proud anti-Semite Farrakhan, would come into a school division in our city that has such a rich diverse history, and be given a platform to legitimize the hate she is so proud to spread."

Weiss, a former IDF soldier with deep roots in the Jewish community, says the School Division process for screening events that apply to rent the Performing Arts Centre clearly failed.

"I noticed that the President of the Social Planning Council of Winnipeg is listed on the Division website as an employee. I have to wonder if that connection influenced why this fundraiser, with a panel loaded against Jews and Israel and scheduled for a Passover High Holiday when we are at prayer services, got past their process."

The SPCW President, Tyler Blashko, is an employee of 7Oaks Wayfinders program:

Weiss also noted that the SPCW claims the Canadian Muslim Women's Institute on Juno St. is organizing the event as a "partner", but there is no mention of the event on the CMWI website, and no indication on either website that the charity is sharing in the ticket or other revenue. The last event listed by CMWI was in May 2017.

The online petition garnered 275 signatures by midnight Tuesday after launching at 5 PM.

The School Trustees, headed by Chair Edward Ploszay and Vice-chair Greg McFarlane, may be hard-pressed to ignore the Sarsour's affiliations and the triggering issue of BDS and her vocal support for boycotts of Israeli academics, businesses and investment. The current Assistant Superintendent, Matt Henderson, was quoted as opposing BDS at a Federal election Town Hall as the NDP hopeful in Winnipeg South in 2015.

"Tom Mulcair has come out clearly and used the words that the BDS movement is grossly unacceptable. The NDP is a friend of Israel" Henderson told voters at the Asper Campus.

"We believe absolutely that Israel has the right to defend itself and that we need to maintain trade relations with the only democracy in the Middle East … With the BDS movement, we really need to attack those people who are using it as a means for hate and a means for racism."( https://www.cbc.ca/news/canada/manitoba/winnipeg-south-centre-candidates-take-part-in-lively-debate-on-israel-1.3251795 )

The Division rental policy states: "The Board of Trustees must reserve the right to deny the use of buildings for any purpose that, in its opinion, is not consistent with the best interests of the community."

In light of the immediate outpouring of support - especially from Garden City and Jefferson alumni, and parents of current students - Weiss felt "certain the School Trustees will not allow public space to be used as a venue to spew hate or legitimize hate, as Sarsour does in the United States." 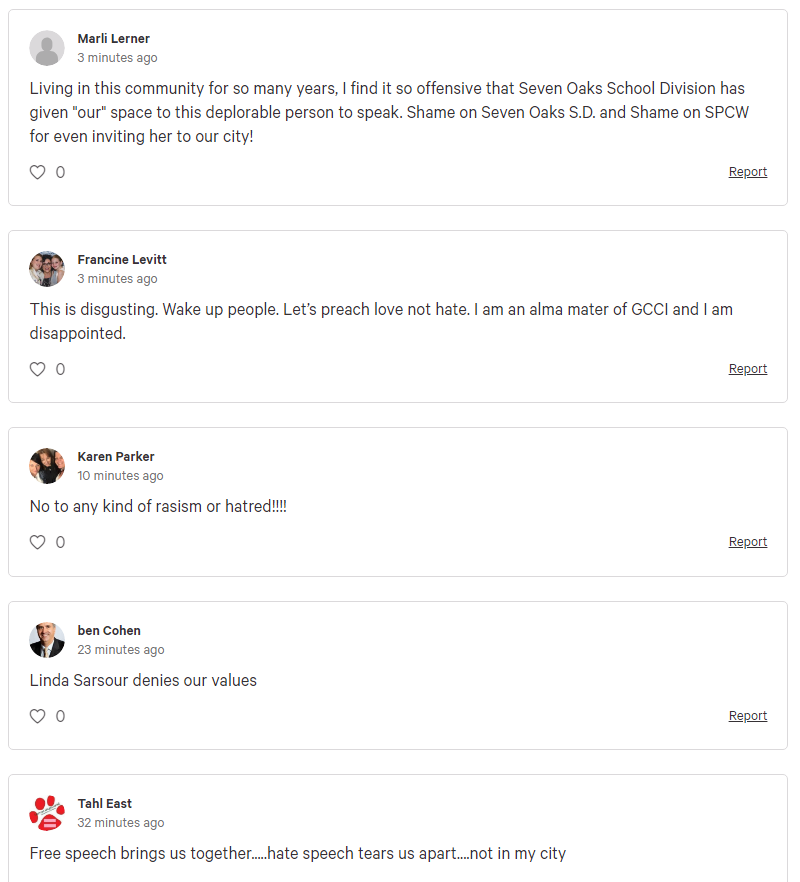 [ Marty Gold is an investigative reporter and podcaster providing a Jewish voice on the Canadian Prairies. His opinions do not necessarily reflect the views of the Manitoba Post nor its staff. Found on Twitter @TGCTS. Support for his citizen journalism can be directed via PayPal to http://paypal.me/MartyGoldMedia]