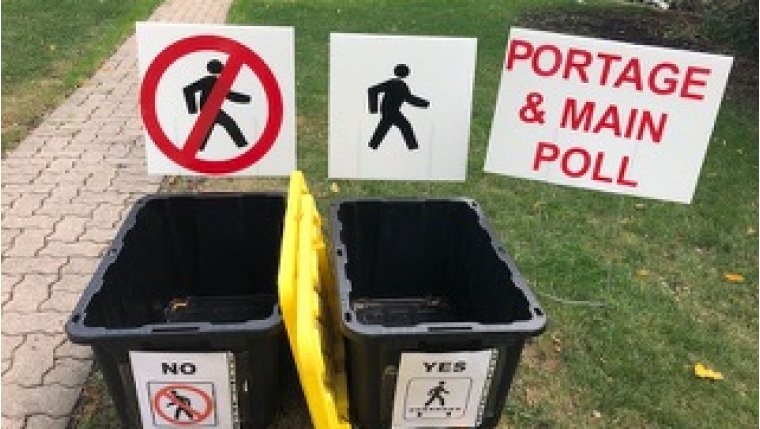 A home in East Fort Rouge is using the civic campaign to generate food donations for families in the community with a 2018 CAST-A-CAN Election Poll.

The front lawn of 276 Maplewood at Casey, kitty-corner from Ecole Riverview School, has set up bins with portraits of the Mayoral candidates taped on, asking that a donated can of food or non-perishable item be cast as a ballot. Winnipeg Harvest will collect the "ballots". 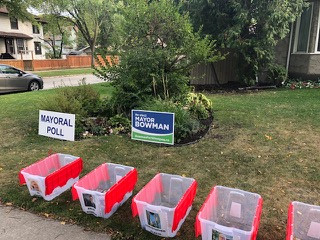 As an added feature, the Portage and Main plebecite is also being mimicked, with a request for much-needed baby food and formula to be donated in the Yes to opening or No to keep it closed to pedestrian traffic.

About 15 votes thus far were seen to have been evenly cast with food cans however, as people came up to the sidewalk unaware of the request, but wanted to do good and make their opinion heard. 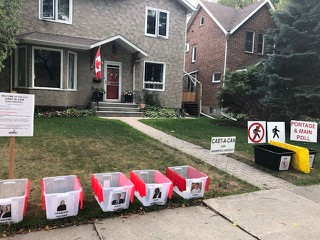