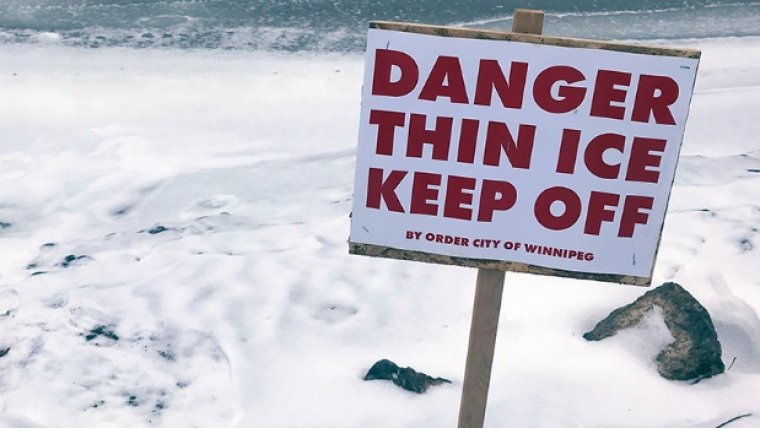 WINNIPEG - A family is warning others about unpredictable river ice thickness after a boy fell through this past week. The 14-year-old was walking along the Seine River near John Bruce Park when the unexpected breakthrough happened, prompting his father to rescue him as the ice around the boy kept breaking away.

The fall happened seconds after the boy's mother warned her kids to stay away from another section of the river that looked thin.

The recent experience on the Seine isn't an isolated one. The Winnipeg Fire Paramedic Service says they made 260 water and ice rescues so far this winter. That’s more than 150 more than they did last year.

The Lifesaving Society of Manitoba points out that ice conditions can be unpredictable these days because of rapid changes in sunlight, temperature, and snowfall, causing uneven ice formation. The society says the best way to avoid falling through the ice right now is to just stay off. They recommend wearing a buoyant snowmobile suit or lifejacket for those who do decide to venture out on the ice.

Ice should have a confirmed 10 centimetre (four inch) minimum thickness before anyone walks or skis on it the Lifesaving Society says, noting that Manitoba sees an average of two or three water-related deaths every winter.

The City of Winnipeg is also warning that all bodies of water should be considered dangerous right now.