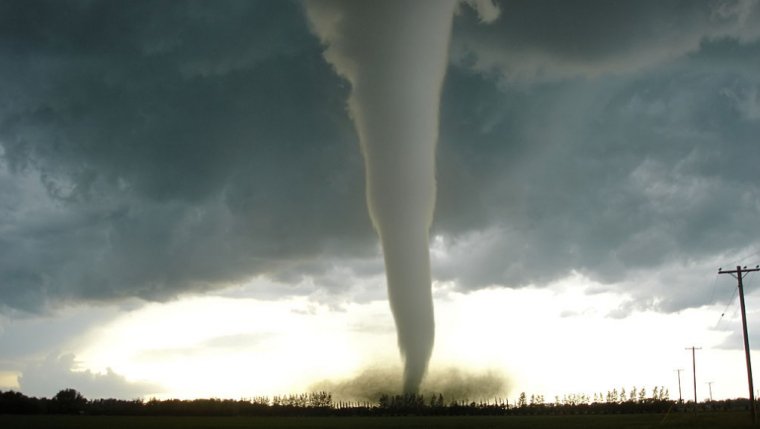 WINNIPEG - On this date in 2007 in Elie, Manitoba, it was a very warm and humid early evening that became a 49 minute ride through an atmospheric rage that would terrorize people in the area. Fortunately, no one was killed. An extremely strong tornado, later categorized as an F5, rolled through from 6:25 to 7:14 pm. It was Canada’s first F5 tornado. Interestingly, it will also be the last, given that Environment Canada adopted the Enhanced Fujita scale in 2013. Any tornadoes this strong will now be referred to as an EF5. Fortunately, none strong enough to be so categorized have occurred in the past 13 years.

Tornadoes this strong are quite uncommon since certain elements must be present. First, you must have warm temperatures and high dew points. You also need a trigger mechanism (e.g., a cold front) behind which lies cooler and drier air. You need spin (helicity) in the atmosphere (different wind directions at different altitudes). In addition, to get a huge storm, you will almost certainly need a capped atmosphere. That means warmer air over our heads that will not allow air to rise. You experience this on hot, humid days when the clouds just will not build up. Once that trigger mechanism gets close and breaks the cap, the updrafts instantly become much more intense, allowing the development of huge supercells. Stronger updrafts mean larger hail, and if there is spin in the atmosphere, a stronger tornado is spawned.

Think of a capped atmosphere this way: Make a fist and punch upward with your arm. Not much force needed there. Now, try it with someone holding a plastic bag over your hand. Once your fist makes it through the bag, it shoots up with much more force than it did before. This is what happens in the atmosphere when the cap breaks. So, if you are outside on a tropical-like day when the clouds are not developing, this could change quickly if that cap breaks, as those clouds could suddenly build extremely fast. Along a line from about Saskatoon to Winnipeg and points south, lies one of the most active areas for tornadoes in Canada.