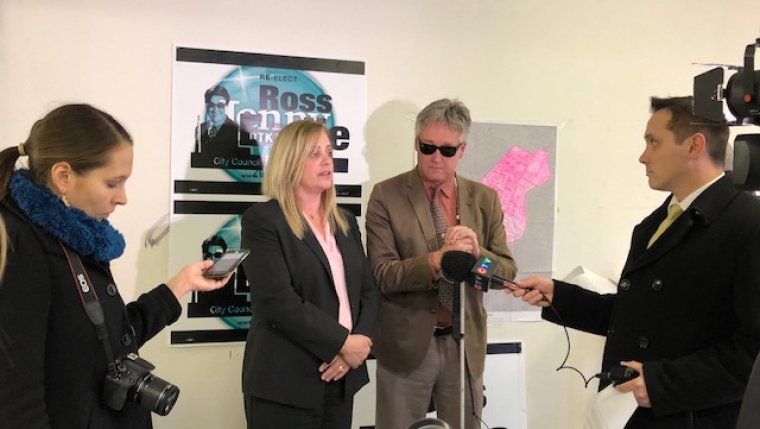 WINNIPEG - A third city council member has pronounced Jenny Motkaluk as their choice to become the next Mayor of Winnipeg.

Mynarski councillor Ross Eadie told a press conference that her “fair taxation” plan to cap property tax increases to 1.16% shows “she gets what’s going on with seniors and people on fixed income. We don’t want to face (having) two cities”.

Under the current market value reassessment older homes are facing tax bumps of 7-9% every two years. Eadie spoke about getting calls from “women whose husbands have died”, and other residents who are “on the edge- people looking to move out of the city.”

After learning of her tax platform last Thursday and hearing Mayor Brian Bowman in the debate that evening, Eadie was compelled to come forward. 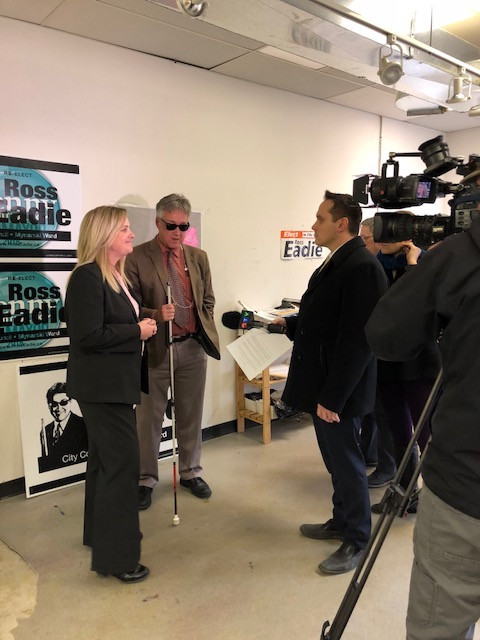 "I've been trying to stay out of the mayoralty race. I listened to the mayoralty debate, it’s not so simple to "go through the budget online" - there’s a line there called "services" (which includes diverse payments including to private contractors and to Fleet Management) .... No one can look at those documents and understand where our problems are.”

Eadie maintains that having reviewed the tax database, a simple formula can be applied to implement Motkaluk’s proposal. He was also critical of Mayor Bowman’s regime taking a ‘Cash to Capital’ approach to infrastructure projects rather than long-term borrowing, stating “Reserves are all drained and there some huge costs coming ... a lot of our finance people are living in the 1990’s.”

While facing their own re-election in Elmwood and North Kildonan, respectively, councillors Jason Schreyer and Jeff Browaty have already endorsed Motkaluk against Mayor Bowman. She noted no council members have yet endorsed Bowman, and denied emphatically that she had solicited councillors for support or offered deals such as a seat on the Executive Policy Committee.

This endorsement is an unusual development insofar as Motkaluk had vigorously challenged Eadie in the 2010 election that saw her blanket the riding in pink signs. The Eadie campaign paid tribute to that by colouring all the polling divisions in the ward pink on a map on the wall.

"We were spirited opponents. It's not about partisan politics," said Motkaluk, a business development consultant with an advanced science degree. "As mayor I will be in a position to collaborate with people like Councillor Eadie and Councillor Schreyer on the left and Browaty on the right".

"There's no monopoly on good ideas when it comes to the increase on the tax burden."