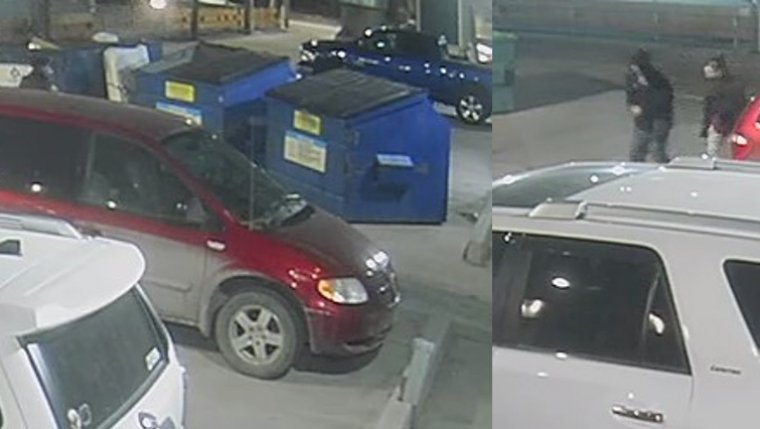 WINNIPEG - Shortly after midnight on April 6th, Winnipeg police were called to the rear of 33-Hargrave Street for a garbage bin fire.

A woman was located in the bin and died from her injuries.

She has been identified as 30 year old Chantelle Talarico.

Members of the Major Crimes Unit are investigating and don't believe the fire was intentionally set.

Detectives are hoping to speak with anyone who may have talked to Talarico during the evening of April 5th.

Investigators are also interested in speaking to the pictured male and female who came across Talarico’s abandoned bike and may have spoken to her just prior to the fire.