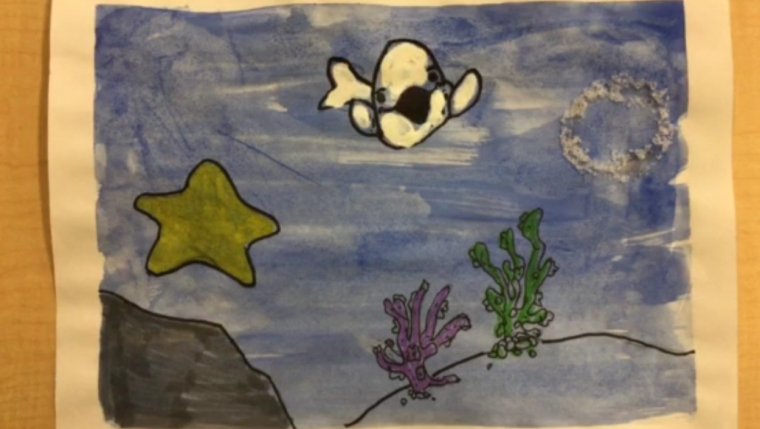 WINNIPEG - A language lesson at a Winnipeg school has made waves across Canada after it gave birth to an award-winning Cree rendition of a song that was soon praised by the Canadian composer who penned its English words in 1980.

K to Grade Two students of the Isaac Brock Cree Language Immersion Program were taught by an elder how to sing the children’s song “Baby Beluga” in Cree as part of a lesson about animals known to live in northern Manitoba. Cree language teacher Colleen Omand says others at the school helped the class make a music video featuring drawings made by the students. Omand says after Vice Principal Marla Tran came to help at the piano with the music and melody, they began recording the class singing the song, titled "Wapamekosis" in Cree. “They sounded amazing,” Omand says, “We did it in two takes."

The video was submitted to the Manitoba Aboriginal Languages Strategy’s Culture and Language contest, and the class won, getting the $500 prize, and a shoutout from the writer of the English version, Raffi Cavoukian, who called their Cree interpretation “stunning.” Omand says the proud moment ranks as high as the class’s January 2020 opportunity for students to sing O Canada to open a Manitoba Moose game.

"It was so exciting to watch and listen to the students sing the song in the Cree language,” Tran says, “and to see the pride on their faces when they were finished," Tran notes an important role for the immersion program is to put reconciliation into action.

The Winnipeg School Division started their K to Grade 2 bilingual Cree and Ojibwe language programs at Isaac Brock School in 2016 starting with immersion in either of the languages in Kindergarten. Here’s one class learning Cree numbers about a year after the program was launched.