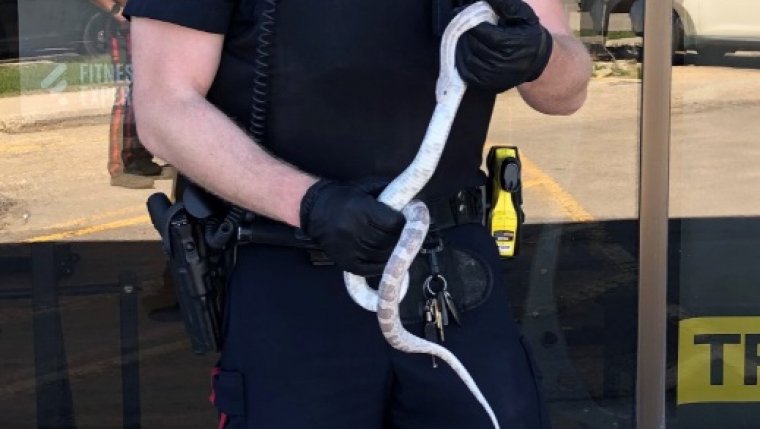 WINNIPEG - That missing snake has been found.

After 48 hours on the run, a Winnipeg police officer scooped it up on Monday afternoon not far from where it disappeared in the area of Pembina and Grant.

Constable Lindsey Stevens says the snake was trying to slither away again when he spotted it but he was able to scoop it up.

As you can see by the photo, the snake is in fact white but the size was off a bit.

It was described as eight feet in length but it's probably only half that size.

Officers have safely located the snake in the 600 block of Pembina Hwy. It has been turned over to Animal Services. @wpgpoundpups pic.twitter.com/zEWaHRSqDR
— Winnipeg Police (@wpgpolice) June 14, 2021