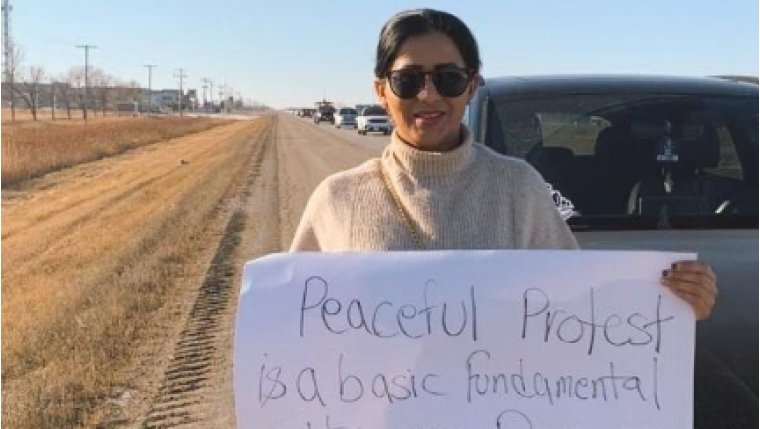 WINNIPEG - More than 1,000 vehicles took to the Perimeter Highway on Sunday in solidarity with farmers in India's Punjab region where new agricultural laws were passed that they say put their livelihoods in jeopardy. Signs displayed during the convoy showed slogans like "Protect Farmers," and "No Farmers, No Food, No Future."

Manitoba is currently facing Critical-level pandemic response restrictions that ban gatherings of over five people. Winnipeg Police, RCMP, and public health enforcement officers were at the scene, and none of the departments mentioned whether any tickets were handed out.

Rally organizer Mandeep Singh Brar says participants were asked to stay in their vehicles while wearing masks. He says he feels they didn’t violate the public health orders that are now in place.

Brar says the rally, and others like it around the world, is being held to support farmers who are being exploited and whose crop prices are being devalued. Farmers in Punjab State have been blockading highways around New Delhi for nearly two weeks.