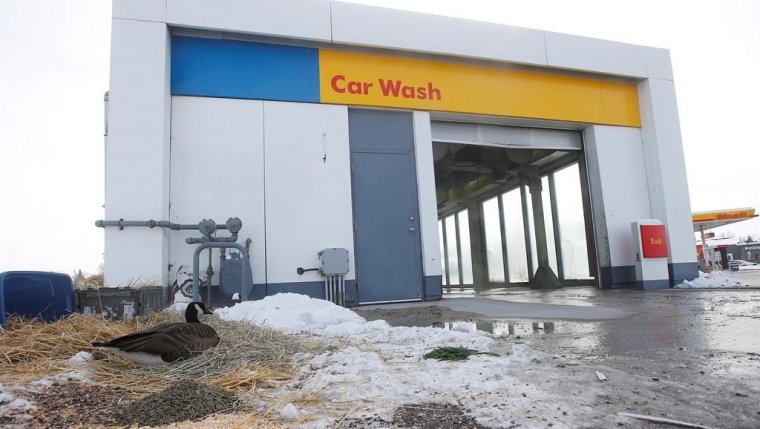 WINNIPEG — A wildlife group isn’t giving up on a real−life wild goose chase.

Staff and volunteers with the Wildlife Haven Rehabilitation Centre in Winnipeg have been trying for weeks to catch a Canada goose that has made a car wash its home for the winter.

Animal care co−ordinator Tiffany Lui suspects the bird has an injured wing and was unable to fly south with its feathered friends.

The centre started receiving calls in October, when the season’s first snow blanketed the city, about an out−of−place goose in an area on the south side of the city, Lui said.

The bird seemed to take up more of a permanent residence in December in a snowbank outside the Shell gas station at Pembina Highway and Dalhousie Drive.

There have been repeated attempts to catch it with nets and bed sheets, Lui said.

"The problem is it does have the capability of flight ... just enough to get over top of the cars and over top of our heads," Lui said Monday.

"We know we can’t just walk up to it. We have to be sneaky and try other options."

Lui said a teacher from a nearby school loaned the group a volleyball net which they used last week to try to capture the bird. "That didn’t work out as well as I’d hoped."

Workers at the gas station said Monday they couldn’t talk about their unofficial mascot. A request for comment from Shell Canada was not returned.

Lui said the goose seems to be doing fine. It gets water from puddles, as well as blasts of warm air, when vehicles exit the car wash. People who have heard about the bird have also left it seeds, corn and bread crumbs.

If the bird is captured, she said, it will be cared for at the centre with four other geese, four ducks and two pelicans that also didn’t make it south.