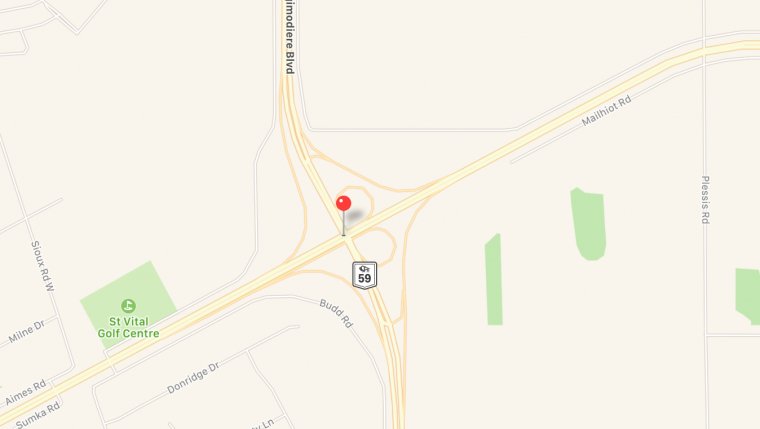 The interchange at the North Perimeter Highway and Highway 59 is almost complete and is set to re-open in stages in order to ensure safety and effective integration of the 70,000 vehicles per day that pass through the intersection.

The initial stage of opening is scheduled for Sept. 15 at 3 a.m. (subject to weather) and will allow both North Perimeter and PTH 59 traffic through the new interchange. However, some movements will be detoured until those portions are completed. The interchange is expected to open fully later this fall. Motorists are asked to drive with caution in this area as construction is completed.

Construction began in July 2015 on the $250-million interchange. Approximately 600 staff worked on the project, for a total of one million hours of work. The area of concrete pavement used during construction would be enough to completely cover 28 football fields.