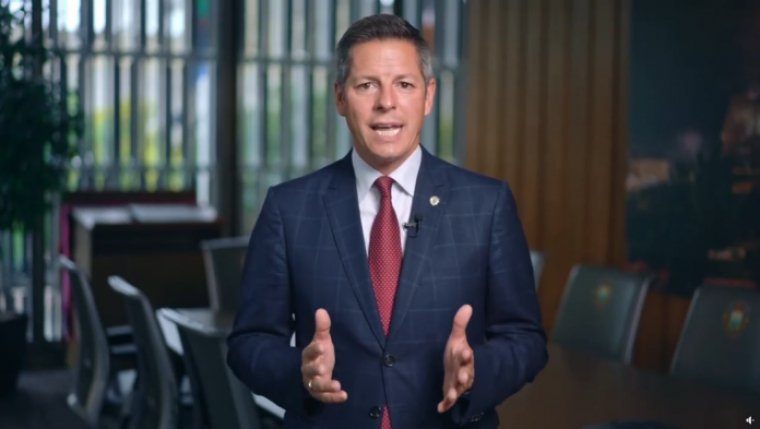 WINNIPEG - Winnipeg Mayor Brian Bowman is responding to a jab made about the city seven years ago by an American TV anchor.

NTV Nebraska's Seth Denney had to fill in at the last minute to do a weather report in January 2014, and took advantage of the rare occasion to have some fun — eventually at Winnipeg's expense. He pointed to the city at the top of the map, where it showed 1° F (-17° C), and asked, “Who would live in Winnipeg, by the way? Why would you go there?”

With Denney retiring this past week, Bowman sent a note of congratulations — filled with reasons why Winnipeg is one of the world’s greatest places. “Just like you, I enjoy trying new things from time to time,” Bowman says, “So in this spirit, I wanted to use technology to give you a forecast, of sorts, on your retirement options.”

In the video, Bowman mentions the accolades TIME Magazine gave the city in July — as well as one of Nebraska’s greatest exports: Winnipeg Jets’ defenceman Neal Pionk. Bowman concludes the greeting with well-wishes and an offer to give Denney a personal tour of the city — in February.