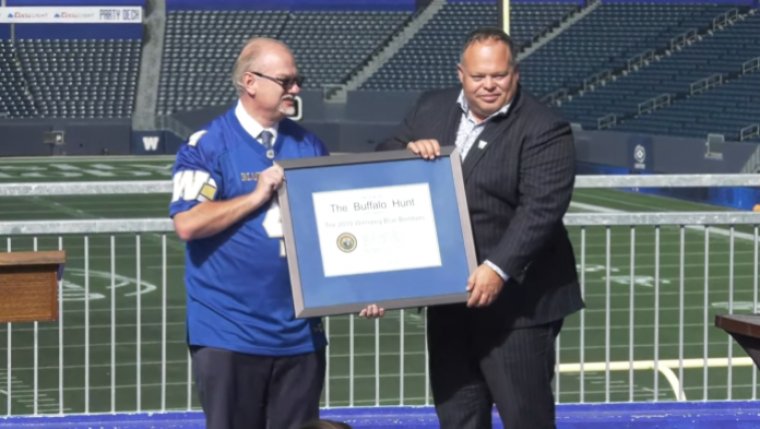 WINNIPEG - The Winnipeg Blue Bombers have been inducted into the Order of the Buffalo Hunt by the provincial government.

The 2019 Grey Cup champions were bestowed with the honour in a ceremony led by Premier Kelvin Goertzen and Winnipeg Football Club President Wade Miller that took place at IG Field. Goertzen says he’s proud to honour the team members and WFC staff.

The Bombers franchise has received the Order of the Buffalo Hunt three times before for championship victories: in 1957, 1984, and 1988. The honour was established in 1957, and is bestowed by the province on individuals and groups who demonstrate “outstanding skills in the areas of leadership, service and community commitment.” The province most recently invested the Canadian Olympic women’s curling team led by Jennifer Jones in 2014, and Team Manitoba medal winners from the 2017 Canada Summer Games, into the order.

The ceremony was supposed to have taken place last year, but was pushed back due to COVID-19.