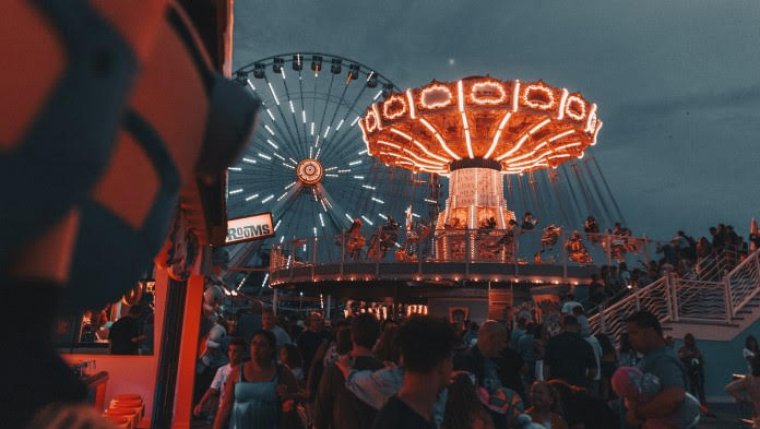 WINNIPEG - A number of major festivities are returning throughout the province, just as tougher public health orders also return. The Fall Fair at the Red River Exhibition began Friday, and will continue for more than a week, after a two-year hiatus.

As the Ex finally welcomes people through the gates, ticket holders are being required to show proof of vaccination against COVID-19 unless they’re under 12 and accompanied by someone who’s fully vaccinated. Red River Exhibition Association CEO Garth Rogerson says his team is thrilled to be back in action, doing what they love after a long and challenging time unable to operate.

Due to travel restrictions, Canadian ride operators had to take the place of the usual American travelling carnival that typically handles the midway. Musical entertainment is expected to perform non-stop on four different stages, a team of costumed performers will be roaming the area, and the Ex’s annual dog show has also returned. The Ex will present Indigenous Day this coming Friday, with performances by Indigenous musicians throughout the day.

A day-long concert celebrating Manitoba’s 150th birthday also took place on Saturday at Shaw Park. Unite 150 had a long lineup of Manitoba musicians, and was split up into two different shows. All proceeds are being donated to the Manitoba Association of Friendship Centres.

Not all large events scheduled to happen over the weekend went as planned. The final day of the Burt Block Party at the Burton Cummings Theatre was cancelled on Saturday after their headliner, Black Tiger Sex Machine, said they were unable to perform “due to unforeseen circumstances. Originally a “bring your own lawn chair” event, an unfavourable weather forecast had already moved Friday's show at the Burt indoors.