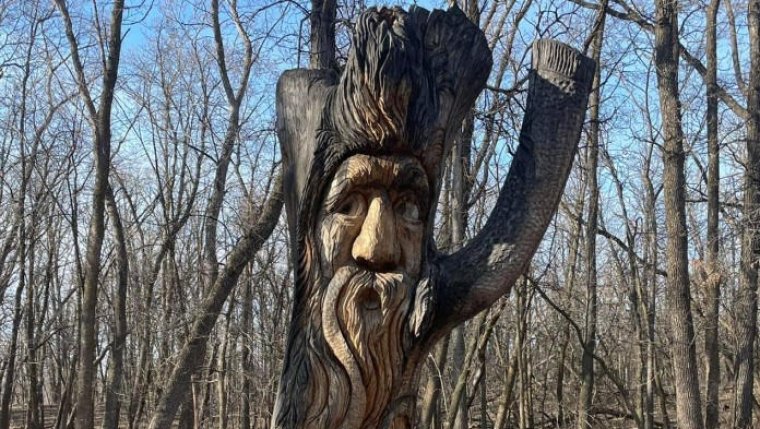 WINNIPEG - For nearly 20 years, jolly Woody-Mhitik would greet visitors to the Bois-des-Esprits (Wood of Spirits), a 117 acre forest along the Seine River Greenway in St. Vital. This weekend, the friendly tree carving’s two remaining boughs waved goodbye for the last time.

The three-meter-tall “spirit tree” (whose Ojibwa last name means the same as its first name) began as a 75-foot, 150-year-old American elm, rescued from death row in mid-February of 2004 while suffering from Dutch elm disease.

Woody was the brainchild of two St. Boniface-area woodcarving club members, Walter Mirosh and Robert Leclair. They’d already planned to make wood carvings for a Save Our Seine fundraiser, and decided to also carve the landmark to bring awareness to the cause. The City of Winnipeg let them use part of the tree as long as they removed the bark to prevent the disease from spreading. Mirosh and Leclair would spend more than two years on the masterpiece. 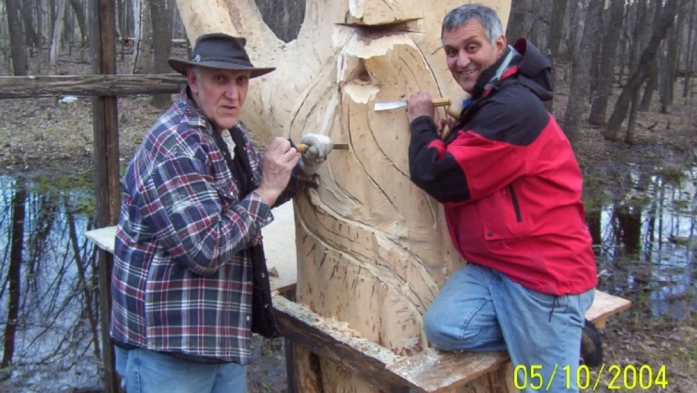 It emerged from the flames of an arsonist seven years later — with hardly more injuries than a singed moustache. This past Saturday, though, the sculpture didn't seem like more than a pile of wood chips and logs. After 17 years, the decomposing limbs could no longer support their own weight.

But the piece was preserved before its demise — at least virtually. Université de St. Boniface web design and coding instructor Jean Vouillon made a 3D Woody-Mhitik model four years ago based on 112 photos he stitched together digitally.

Before its collapse, the 15-member Save Our Seine board of directors had already been discussing how to preserve the spirit of the spirit tree. They’re expecting to make a final decision within the next few months on what form of art or memorial will take Woody-Mhitik’s place.