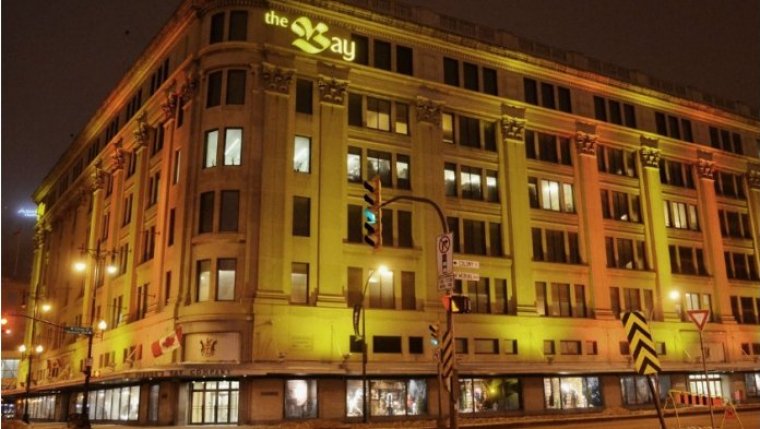 WINNIPEG - Stakeholders heard from nearly a dozen experts this week during a virtual summit hosted by Heritage Winnipeg to consider the historical significance and opportunities for the 600,000 square foot-building that used to be the Bay Downtown.

The store shut its doors for good in late November last year, ahead of a previously-planned closure that had been originally scheduled to have happened this month. Heritage Winnipeg is trying to find the best vision for the iconic Winnipeg landmark at Portage Ave. and Memorial Blvd.

The presenters, some of whom are historians, urban planners, architects, and real estate professionals, discussed ways to be creative, and say they’re welcoming unique ideas to repurpose the 94-year-old structure.

Architectural advisor and researcher Robert Eastwood spoke during the event, and says The Bay building acts as anchor for Winnipeg, noting its location at the gateway to downtown gives it an important advantage in being re-established as a key attraction.

Canadian Urban Institute President and CEO Mary Rowe says it's not just about The Bay, but also the many other “bones” of the city, and in cities across the country that have potential for imaginative adaptation and reuse. Rowe these structures help make citizens who they are.

Environmentalist urban planner Mark Thompson Brandt says he envisions the building as a model to show how architecture can be used to reduce greenhouse gas emissions, saying most buildings need to be decarbonized.

While HBC set up its first sales shop here in Winnipeg in 1881 at the corner of Main and York, the current building was opened in 1926. The City of Winnipeg has formed an advisory committee to decide on what to do with the building, which Mayor Brian Bowman says will guide city council on its future use. On the table include residential, commercial, educational, cultural, social, public service, and mixed use options. Economic Development Winnipeg president Dayna Spiring was announced as chair of the committee in December.