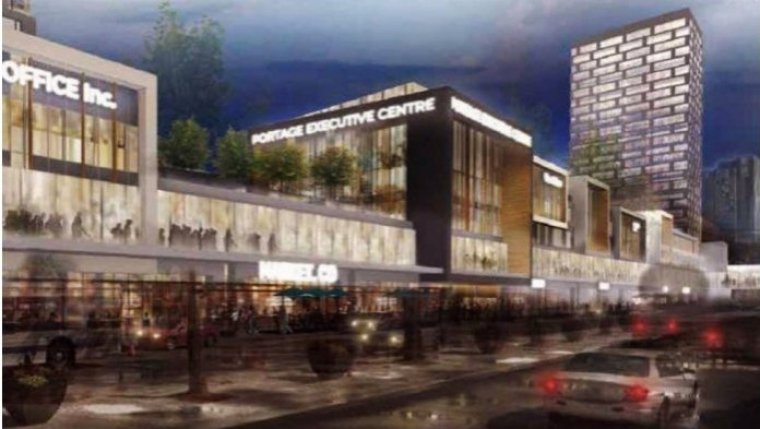 WINNIPEG - City Hall is set to vote this week on whether it will give a real estate company planning a $400 million redevelopment project for a downtown Winnipeg mall a three-month deadline extension to get federal government funding.

Winnipeg’s executive policy committee voted last Wednesday in favour of allowing Toronto-based Starlight Investments to come up with all the necessary financing by October 31 rather than a previous Friday, July 23 deadline, in exchange for a $20-million incentive proposed a year ago. The city is offering to give the developer incremental property taxes provided it can get its funding figured out within the one-year, three-month time frame, and start building within two years.

Starlight says it’s still negotiating with the feds after making several changes to the project, and as a result can’t meet its funding deadline this Friday. Among the changes causing a delay in a federal review of the company’s application is an increase in affordable housing unit capacity by 20 per cent from the original 10 per cent.

The developer had planned to build two affordable housing towers with several hundred suites, 10,000 sq. ft. of pedestrian and community space, a grocery store, and 500,000 sq. ft. of other retail and office space over five years. The City of Winnipeg approved a $20 million investment, while the government of Manitoba has committed another $28.7 million.

The vote on whether the city will grant an extension to Starlight will come on Thursday.

Portage Place was built in 1984 as part of a larger scheme to revitalize downtown.