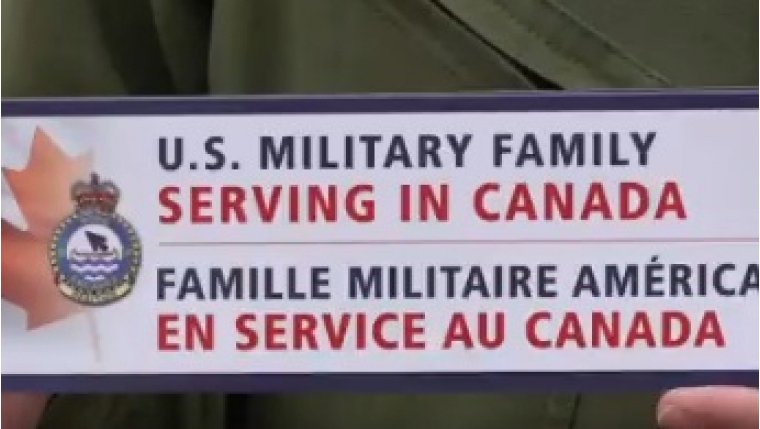 WINNIPEG - Winnipeg’s air force base is providing bumper stickers to American military members stationed in the city. The stickers, provided by Canadian Forces Base 17 Wing, are intended to let Manitobans know the driver of that vehicle is a vital member of the community.

The design, showing both national flags side by side and the phrase “U.S. Military Family Serving in Canada” in both English and French, follows a few cases in which people with U.S. licence plates became victims of harassment and vandalism. Since the COVID-19 pandemic began closing borders to non-essential travel, many have assumed those with outside licence plates weren’t here for the right reasons.

U.S. Air Force Brigadier General Edward Vaughan is Canada’s senior U.S. military officer, and the Deputy Commander for the North American Aerospace Defense Command, more commonly known as NORAD, which is based in Winnipeg. He says fear and misunderstanding is a problem on both sides of the border. But both the U.S. and Canadian armed forces are reminding Manitobans that those who serve at the base are helping to defend all of us from threats, no matter where they’re from, and are following public health orders.

Chief Public Health Officer Dr. Brent Roussin says empathy and avoiding assumptions can help us all get through the challenges of a pandemic.