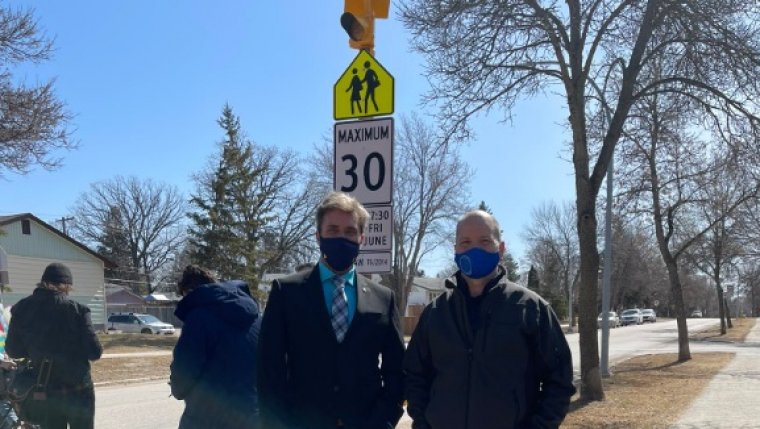 WINNIPEG - It took four years but amber lights are finally flashing in one Winnipeg school zone, with more to come.

Expert Electric's Chuck Lewis, along with city councillors Kevin Klein and Shawn Nason were there when the switch was flipped outside Mennonite Elementary and Middle School at 250-Bedson Street.

Klein helped Lewis take the idea back to 510-Main Street after it was originally rejected.

It's unclear why it took so long for city hall to accept the offer from Lewis to supply and install the solar-powered lights but he says he's just happy his perseverance eventually paid off.

Pleased to join my colleague, Kevin Klein at the first installation of the top 10 school zones flashing lights. This one was in Westwood.

Thanks to Kevin and Chuck Lewis of Expert Electric, whom both worked thru the many obstacles to see this project realized. #wpgpoli pic.twitter.com/LvX0eHeoNY
— Shawn Nason (@ShawnNason) April 1, 2021