Alyssa Selman Back in The Saddle 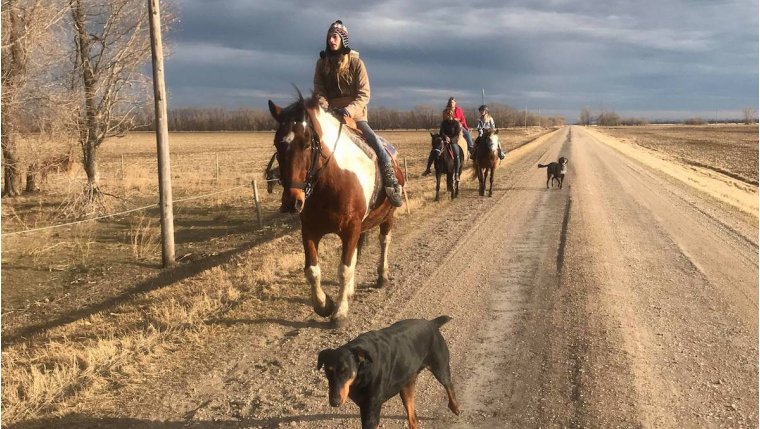 WINNIPEG - Alyssa Selman is back on a horse. She still finds it difficult to watch the riders at Assiniboia Downs, but on her farm near Carman, she’s riding again.

On June 27, 2015, Selman was paralyzed from the chest down when she was thrown from a horse during a race at Winnipeg's Assiniboia Downs. A young jockey with a very bright future, Selman’s career ended that day. However, her life didn’t end and now, nearly three years later, she’s driving a car, riding her new horse and helping run a small five-acre family farm with chickens, ponies, horses, goats, three dogs, three cats and two rambunctious kids.

In 2015, Selman was a jockey at the Downs. Friendly, popular and talented, she had a bright future in the irons, but horse racing is one of the most dangerous sports in the world, and Selman fell off her mount suffered an horrific injury as a result of the fall.

Doctors told her family that she’d suffered a fracture of the T-5 vertebrae along with some spinal cord damage and the prognosis was not favorable. It was a terrible injury and even Downs CEO Darren Dunn said at the time that he’d never seen anything like in more than 35 years in the business.

But if there is one thing you can say about Alyssa Selman, it’s that she’s no quitter. Despite all the adversity, she’s built a life for herself on the farm and now that she’s back on her horse, it’s a lot easier to smile.

“For me, the best thing is that I’ve started to gallop. When I get bouncing around, it’s pretty tough because I don’t have my legs to support me and my insides get bouncing up and down, but it was nice to be able to do it. Riding is just so much fun.”

These days Selman and husband Rumesh spend a lot of time tending to 10-year-old Amar and seven-year-old daughter Ari. As Amar becomes a better hockey player each season, she admits to becoming a rather vocal hockey mom. She also tends to her animals (her goat just had three babies) and is getting set to bring a two-year-old thoroughbred to the Downs next year.

“My yearling is huge,” she said proudly. “My mare is 17 hands. My yearling is about 16 hands. The mare was bred to Honor Devil, who is 16 hands. We have a big yearling. She’s huge, a really big baby.”

By her own admission, it won’t be easy going back to the Downs next season, even with a horse in the race. However, she intends to make it out for Opening Day, Mother’s Day Sunday at 1:15.

“It’s just really hard,” she admitted. “It’s hard to watch. I’d so much rather be on the horses than watching them. But I’ll be out for the season opener and now, when I get home, I can get back on a horse again.”