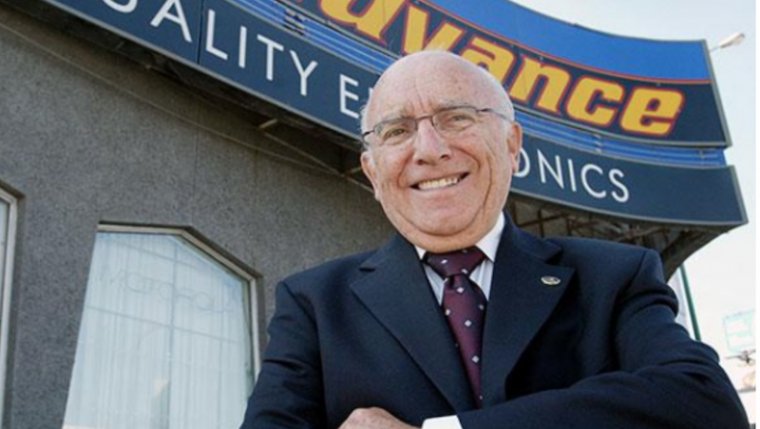 Arnold Frieman, a pillar of the Jewish cultural and business community in Winnipeg, passed away this weekend at the age of 90. A Member of the Order of Manitoba, he was best known as the genius behind Advance Electronics, which he bought in 1962 and evolved from the onset of AM-FM car radios, hi-fi stereos and colour TV's into the largest independently-owned electronics retailer in all of Western Canada.

Mr. Freeman was a Holocaust survivor born in Sátoraljaújhely, Hungary, in 1928, one of six children in an Orthodox family, most of whom perished under the Nazis. He lived through harrowing conditions and escaped a slave labour camp in Russia, and after WW II was selected for a program in Oslo, Norway where he learned electronics. He volunteered in the Air Force for Israel in the War of Independence in 1948 rising to the rank of Sergeant-Major. 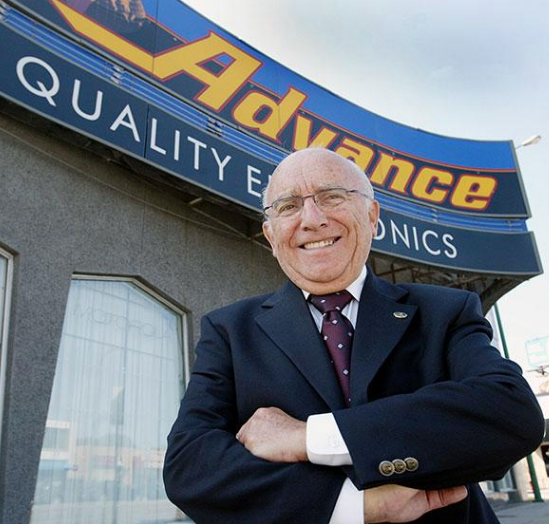 Frieman emigrated, penniless, to Canada, heading to Winnipeg on a whim that opened the door to a full and wonderful life after meeting his wife Myra on her 18th birthday and the subsequent birth of daughters Nona and Gina. A quiet, reserved, soft-spoken man, he was a generous donor to Jewish and charitable causes, and worked tirelessly in the cause of Jewish and Holocaust education.

One of the early promotional innovations that garnered Freeman's company broad popularity was the Boxing Day Sale, which was unheard of due to stricter social conventions during the Christmas season in what was then in a very Christian Winnipeg.

That success ramped up growth of the January Warehouse Clearance, or '"JWC". (That was the same acronym as the Jewish high school in Winnipeg, Joseph Wolinsky Collegiate, which his daughters attended and where he served in Board roles as a key fundraiser.) Commercials intoning “the JWC is here!“ were a staple of the Winnipeg experience in the 1970's.

The annual JWC was aided by the topical creative themes of the ads, which drew on famed American comedian Avery Schreiber as the face and voice of the TV spots in the mid-80s.

His philanthropy and community service extended to the symphony, ballet, Conservatory of Music and Air Cadet League. Since the turn of the century the accolades for Mr. Frieman included being the honouree with his family at the Rady Community Centre Sports Dinner in 2015, recognition from the Jewish National Fund, and receiving an honourary Doctorate of Laws from the University of Manitoba last year.

The funeral service for Arnold Frieman is set for Monday, April 8th at 10.30 AM at the Shaarey Zedek Synagogue with interment in the SZ Cemetery.

[ Marty Gold, a JWC graduate, has been telling the stories of Winnipeg politics, personalities and professional sports for over 3 decades, on radio, TV and online. To support his ongoing investigative reporting and columns please donate via paypal.me/MartyGoldMedia]