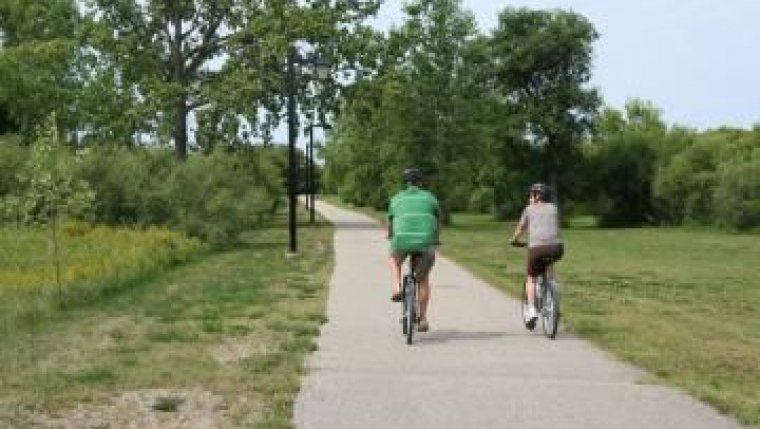 WINNIPEG - A 14-year-old boy was mugged Sunday just before 5:00 PM along the riverbank bike trial in the 2500 block of Roblin Blvd.

The victim, a 14-year-old boy, told police he was riding his bike along the trail when two men jumped out from the trees along the trail and stood in front of him, preventing him from riding any further. One of the men grabbed the boy from behind, pulling him off of his bike while the other man held onto the bike. The suspect struck the boy and grabbed his shoulder bag.

Both suspects ran off with the boy's bike and bag. The bike is described as a black specialized Epic Eagle mountain bike with red writing.

The boy received minor injuries as a result of the attack.

The suspects are described as follows:

Suspect #1: Male, Indigenous in appearance, 18-19 years of age with a thin build. He was approximately 5'10" tall with black hair and bangs.

FILE PHOTO - NOT RELATED TO CRIME