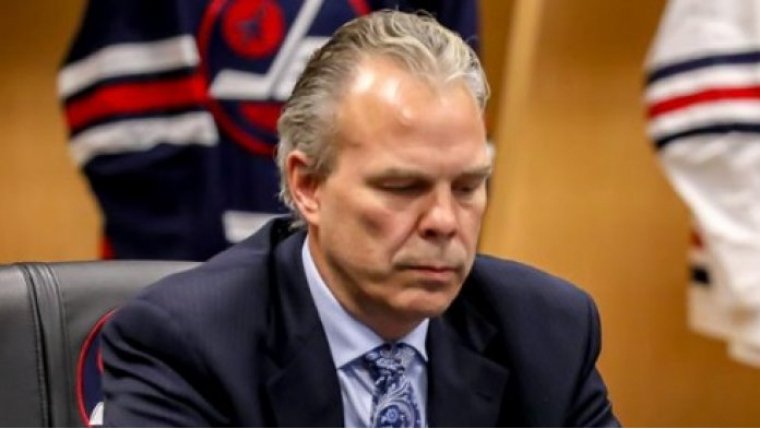 WINNIPEG - Winnipeg Jets GM and former assistant GM for the Chicago Blackhawks Kevin Cheveldayoff is breaking his silence days after being cleared by the NHL of wrongdoing in the mishandling of sexual abuse allegations by Blackhawks management over 10 years ago.

NHL commissioner Gary Bettman says there was nothing more that Cheveldayoff could have done in response to the allegations in 2010 that former assistant coach Brad Aldrich had sexually assaulted a Blackhawks player.

During a press conference this week, Cheveldayoff apologized for what Beach went through and expressed regret that he hadn’t done more in response to the complaint. “I want to begin by stating how sorry I am that this happened to Kyle and that he suffered as horribly as he did,” Cheveldayoff said. “What Kyle went through is unacceptable and intolerable.”

Cheveldayoff says the system meant to protect the former NHL player “failed” him. “I am sorry that my own assumptions about that system were clearly not good enough,” Cheveldayoff added.

An investigation established Cheveldayoff was present at a meeting in May 2010 during which Blackhawks executives discussed Beach’s accusations regarding Aldrich. The NHL says they determined that Cheveldayoff’s ability to make decisions during the meeting was “extremely limited in scope and substance.”

Jets’ owner Mark Chipman says Cheveldayoff couldn’t have known all the details about the allegations and would have done whatever it took to make sure Beach received support had he been aware of the severity of the situation.

Cheveldayoff says he has spoken with another sexual assault survivor who played in the NHL, Sheldon Kennedy, expressing a commitment to doing what it takes to prevent sexual abuse from happening in the future.