Wild Score Four in Second, Defeat Jets to Get Back in Series 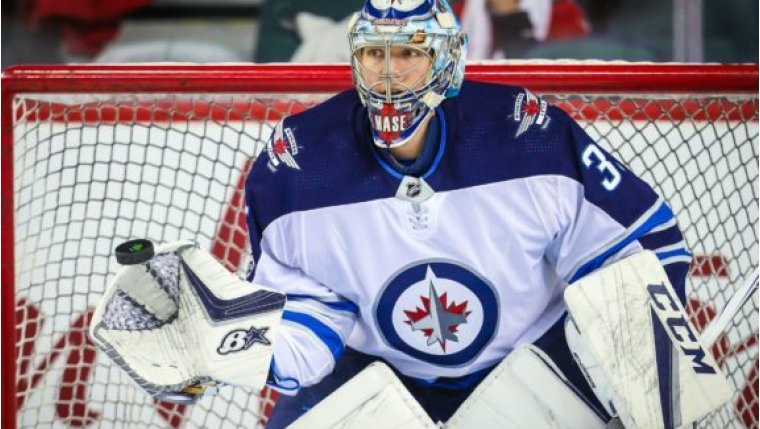 WINNIPEG, MB - If success is in the journey, not the destination, then the Winnipeg Jets were successful on Sunday night just for getting to Minneapolis. Unfortunately for the Jets, that’s the only thing that was successful during Game 3 of their first-round series against Minnesota who lit the lamp six times en route to a 6-2 win.

The Jets had their flight to Minneapolis diverted to Duluth Minnesota on Saturday after a massive winter storm hit the Midwest on the weekend. After a two-hour wait on the tarmac, Winnipeg flew back home before hopping on a flight to the Twin Cities Sunday morning.

Things didn’t get much better for Winnipeg when they finally hit the ice at the Excel Energy Centre, as they were outplayed for most of the night, and were lacking the sharpness and speed that they had in the first two games of the series.

The first period saw officials Wes McCauley and Tim Peel take center stage, awarding six penalties in the period. Blake Wheeler opened the scoring for Winnipeg, sneaking one short-side on Devan Dubnyk to put the Jets up early, but Mikael Granlund and Zach Parise would tally a pair of power play goals before the period would run out to give Minnesota just their second lead of the series. Parise has goals in all three games of the series.

The middle frame saw Matt Dumba notch his first of the playoffs but Tyler Myers would get the Jets within one just three minutes later with his second of the post-season. Winnipeg had a pair of power play opportunities, giving them a chance for the equalizer, but were unable to beat Dubnyk, who made 29 saves on the night.

It would prove costly as Eric Staal and Jordan Greenway would score goals 20 seconds apart, and Marcus Foligno added a late goal, giving the Wild a 6-2 lead and chasing Connor Hellebuyck from the game after allowing six goals on 22 shots after two periods. The six goals were the most home playoff goals scored in a game in franchise history for the Wild.

The Jets would lose Myers to injury with just under five minutes to go in the period after a collision in front of the Jets bench with Foligno, who appeared to tumble then punch Myers in the right knee on the way down, sending the 6’8” defenseman to the ground. Myers had to be helped off the ice and did not return.

Steve Mason replaced Connor Hellebuyck for the third period, stopping all seven shots he faced, as both teams looked to just run the clock out in a non-eventful period. Veteran Mikko Koivu picked up a pair of assist on the night, giving him four points in the series which ties him with Patrik Laine (2G, 2A), who also had an assist on the night, for the series lead.

The Wild will look to continue their dominance on home ice this season in Game 4 Tuesday night. Minnesota had just six regulation losses at home during the regular season, which was tops in the NHL.