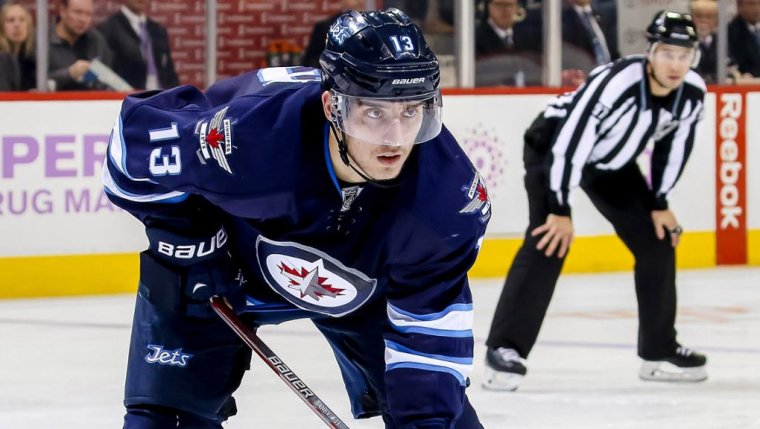 And that set up Patrik Laine to do what he does best.

Tanev scored three goals, the first hat-trick of his National Hockey League career, as he led the Winnipeg Jets to a 5-4 shootout victory over the Boston Bruins at Bell MTS Place.

However, while Tanev got the Jets to the shootout, it was Laine’s goal, a sneaky one that just snuck past Bruins netminder Anton Khudobin, that won the game from Winnipeg.

With the win, the Jets sixth straight, Winnipeg is now 47-19-10 and with 104 points, the playoff-bound Jets are now second in the Central Division, second in the Western Conference and fourth overall in the NHL.

“It was a special moment, kind of unbelievable but a great feeling,” said Tanev. “My last hat trick? Maybe in junior hockey. It was a long time ago.”

Tanev started early, scoring at 5:33 of the first period from Andrew Copp and Adam Lowry. It was Tanev’s fifth goal of the season.

However, the Jets gave the puck away late in the period, allowing Ryan Donato to score a beautiful unassisted goal at 19:07 of the first to send the game to the break tied 1-1.

Jets captain Blake Wheeler drew the assist on Morrow’s goal and that gave Wheeler 600 points for his career. He received a nice ovation from the full house at Bell MTS Place.

However, the game got crazy in the dying moments of the second period. First, the Jets’ Mark Scheifele was on the receiving end of a hit in the Winnipeg corner from Brad Marchand. Naturally, when Marchand hit him, Scheifele was off-balance, two feet from the boards and was lucky he wasn’t crippled.

Moments later, Jets defenseman Josh Morrissey caught D Matt Grzelcyk with a check from behind. Of course, Grzelcyk turned into the boards just to embellish the hit a bit more and he got the job done. The two officials, who might not have seen the play based on where they were stationed on the ice, handed Morrissey a five-minute boarding penalty.

That call changed the game.

During the five-minute major, Danton Heinen scored for Boston at 1:45 on what clearly appeared to be a Boston off-side. However, the crew at headquarters in Toronto called it on-side and the Jets were given a delay of game penalty.

With a two-man advantage, Boston scored again, this time David Pastrnak tied the game at 3:36, right before the end of the delay of game penalty. That evened it up at 3-3 and Boston seemed to have all the momentum.

However, Tanev hustled into the Boston zone, picked up a loose puck, skated around the Bruins net and stuffed the puck past Khudobin on the wrap around to give the Jets a 4-3 lead.

Hats came raining down on the ice and the downtown rink nearly exploded as Tanev recorded his first three-goal game.

However, Winnipeg’s penalty woes weren’t over. Mark Scheifele was handed a cross-checking penalty at 6:45 and Torey Krug scored on the power play at 8:06 to tie the game at 4-4.

With three power-play goals in the third period, Boston had sent the game to overtime.

After an exciting, but scoreless overtime, the Jets prevailed in the shootout. After Donato scored for Boston, Scheifele tied it with a beauty under the bar and then, in the fourth round, Laine won it with a picturesque deke and then squeezed the puck under Khudobin.

It was Winnipeg’s second straight shootout victory and the fourth straight Jets game to go to extra time.

Boston was three-for-five on the power play while the Jets were zero-for-one. Yes, the officiating was kind of fishy.

The shots were even at 32-32. Jets netminder Connor Hellebuyck improved to 40-11-9 this season.

The Jets will play again on Thursday night in Chicago. It’s a 7:30 start against the Blackhawks. They’ll finish the month with a 6 p.m. start on Saturday night in Toronto against the Leafs.