Scott Taylor - The Jets in Six 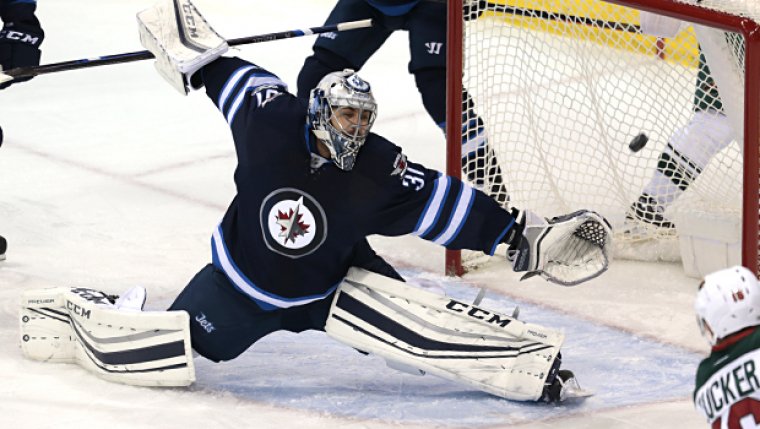 WINNIPEG - With the Boston Bruins’ Game 7 victory over the Toronto Maple Leafs on Wednesday night, the mythic “Canada’s Team” is now located in the middle of the country.

Back when the 2017-18 National Hockey League season began, there weren’t many people who would have wagered that heading into the second round of the 2018 Stanley Cup playoffs, the Winnipeg Jets would be the only Canadian-based franchise standing.

But here we are.

Beginning Friday night at Bridgestone Arena in Nashville, the Jets will open the Central Division final – or Western Division semifinal, if you prefer – against the best team in the National Hockey League. The Predators finished the 2017-18 NHL season with a record of 53-18-11 for an impressive, league-leading 117 points.

However, the Jets were a close second overall, going 52-20-10 for 114 points. The Jets also won 11 of their final 12 games and finished the season with the best home record in the NHL – 32-7-2. Too bad they only get three of seven games at home in this series.

Four of the five games were high-scoring affairs and while most of the Jets players have made it clear that this will be “playoff hockey,” both teams have great goaltenders and fans shouldn’t expect the games to produce a lot of goals, the season-series suggests otherwise.

In fact, with the offensive prowess of both these teams, it could very well be that the outcome will be determined by two of the NHL’s best goaltenders -- Winnipeg’s Connor Hellebuyck and Nashville’s Pekka Rinne.

Up front, both teams have the ability to attack and score goals. Nashville boasts Filip Forsberg, one of the most skilled players in the game; Viktor Arvidsson, P.K. Subban, Ryan Johansen, Roman Josi and two players who had terrific series against Colorado in the opening round, Austin Watson and Colton Sissons.

Even if it is the playoffs, a low-scoring series will be somewhat surprising.

This series is a rather sad commentary on the state of the NHL’s playoff format. The Predators and Jets were the two best teams in the NHL during the regular season and should meet in the Stanley Cup final or at the earliest, should meet in the Western Conference final.

But, again, here we are.

The Boston-Toronto Series was terrific. This one could be the best series of the entire two-month Stanley Cup tournament. It starts Friday night and Winnipeg fans can watch the opener as a group at Bell MTS Place. Game time is 7:10 p.m.

HOW WE GOT HERE: Nashville: No. 1 in the Central Predators defeated Colorado Avalanche, the eighth-place team in the West, in six games.

INTERESTING STATS: Nashville: The Preds were the most penalized team in the NHL this season and in the first-round series against Colorado they took 29 minor penalties in six games and were shorthanded 20 times. However, the Preds were saved by a PK that was 90 per cent.

Winnipeg: The Jets had the fifth-best power play in the regular season and was strong during Minnesota in the first round as Winnipeg converted on 23.1 per cent of its opportunities. A series like this one can swing on special teams and both of these teams can score on the power play and kill penalties.

OUR PICK: Jets in six games.