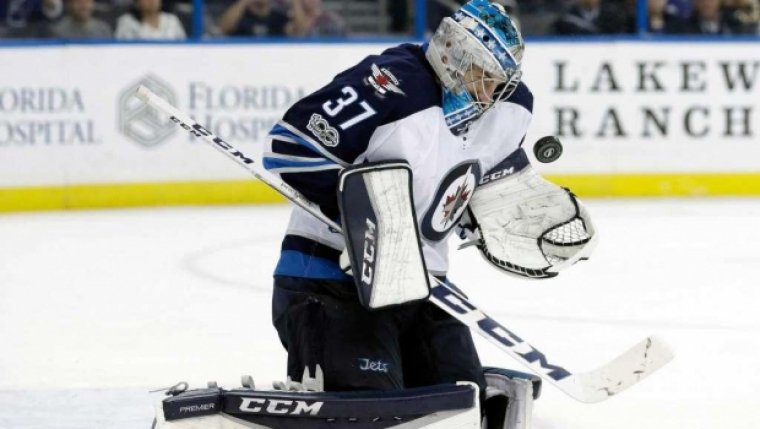 WINNIPEG, MB - Led by goal scorer Mark Scheifele and goal preventer Connor Hellebuyck, the Winnipeg Jets battled back after a crushing loss in game three of their best-of-seven series with the Minnesota Wild, with a victory Tuesday night.

In following typical road game preparations Tuesday – also for the first time this series – the Jets looked much more like themselves in game four. Bringing a faster paced, tighter defensive effort, Winnipeg picked up a 2-0 win from the Excel Energy Center in front of roughly 20,000 angry Wild fans.

The most interesting part of the game’s opening 19 minutes was a blatant Josh Morrissey cross check to the face of Minnesota’s Eric Staal. Staal – visibly shaken up – immediately went to the Wild bench for further evaluation. One would think that Morrissey may received a call from the NHL’s Department of Player Safety for that piece of stick work. If a potential suspension arises, recent call-up Sami Niku could make his playoff debut for the Jets.

With 28 seconds to go in the game’s opening period, Mark Scheifele and Kyle Connor teamed up to score the first goal of game four. On a strong rush up ice, Connor found Scheifele wide open in the slot, and the former Barrie Colt made no mistake burying the puck past Devan Dubnyk.

Although finishing the frame up 1-0, the Jets trailed in the shot department 10-7. The second period provided minimal excitement, but the Jets continued to press, bringing their shot total to within two of the Wild. Goaltenders Dubnyk and Hellebuyck stood their ground for the duration of the second and third periods.

With the Wild putting together their final attack in the dying minutes of the final frame, Head Coach Bruce Boudreau opted to pull his netminder for an extra attacker. It backfired and Scheifele collected his second goal of the game – a dagger to the heart of Wild fans already missing injured leaders Ryan Suter and Zach Parise.

The Jets relied on solid goaltending to pick up their third win of the series, and on the night in which 24-year-old Connor Hellebuyck was officially nominated as a finalist for the Vezina Trophy, Winnipeg’s masked marvel also made Atlanta/Winnipeg franchise history as the only goalie to collect a playoff shutout. He did so with 30 saves, including a game-changing cross-crease sliding glove save on Mat Dumba.

“He’s been everything to our team this year,” said captain Blake Wheeler following Tuesday’s game. “He’s the reason we have been able to take a step. Sure we’ve been playing better in front of him, but it’s because he’s been giving us so much confidence. From the first game he came in for us, he’s just been a wall back there. He had a ton of confidence last year, and we’re not here without him.”

When asked what was going through his mind when watching Hellebuyck stretch across the net to rob Dumba, Wheeler answered rather blatantly:

“You know, four letter words… ,” he said. “It was a breakdown… I don’t want to say that we expect if from him, but that’s how you win games this time of year. Your goalie has to steal one on the road. What a job by him.”

The Jets will look to continue where they left off Tuesday night on Friday from Bell MTS Place, as the Winnipeg Whiteout is expected to be in full effect as the Jets hope to close out the Wild in game five. Odds are on Winnipeg’s side, as 89 percent of all NHL playoff series’ in which one team wins game four to take a 3-1 series lead, that team has gone on to win their best-of-seven. Friday’s evening contest can be viewed live on Sportsnet.