OPINION - Jets Were Their Own Worst Enemy in Losses to Vegas 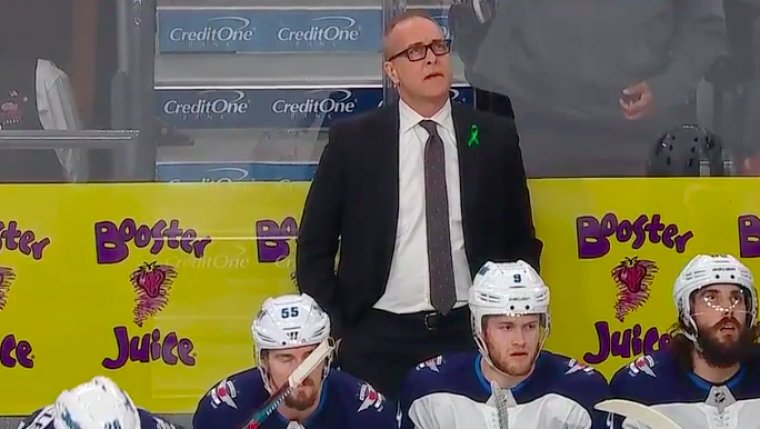 WINNIPEG - After a 4-2 loss in Game 3 Wednesday night, one thing is abundantly clear. The Winnipeg Jets have been their own worst enemy in the last two games of the series.

After a 4-2 win in Game 1, the Jets have been unable to string together a 60-minute effort during their next two games, and when you’re three rounds into the Stanley Cup playoffs, the opposition is usually talented enough to capitalize. And that’s exactly what the Vegas Golden Knights have done.

In the playoffs, momentum is shift to shift, and for Winnipeg, they’ve had a few spurts where they’ve been caught running around in their own zone, giving the puck away in dangerous areas, and Vegas has done what they’ve done all year, and that’s make opposing teams pay for their mistakes.

In Game 2 the Jets were the best team on the ice for the first 10 minutes, and were within a Nikolaj Ehlers goalpost of taking the lead and scoring the all-important first goal. If that goal went in, this could be an entirely different series, but it didn’t, and Vegas did what they’ve done all season, and that’s wait for their opportunity to strike. That moment came 13 minutes into the period after the Jets were caught running around in their own zone and unable to clear the puck. Tomas Tatar found himself unmarked at the side of the Jets net, and had a couple opportunities before tucking the puck shortside on Connor Hellebuyck.

Four minutes later Winnipeg would be unable to get the puck deep, and with Dustin Byfuglien and Toby Enstrom headed off for a line change, Jonathan Marchessault found himself all alone on Hellebuyck and slid the puck between his legs to give Vegas a two-goal lead.

When Winnipeg found some momentum off a Kyle Connor goal in the third period, Vegas regained their two-goal lead just 1:28 later after the Jets gave up a 2-on-1 where Marchessault would connect with his second of the game.

The goals against in Game 3 were eerily similar to those in Game 2. Marchessault, who else, got Vegas on the board 35 seconds into the game. Again, the Jets couldn’t get the puck deep, the defence were headed for a line change, and the puck found Marchessault at the Jets blueline who broke in alone and beat Hellebuyck. Winnipeg only generated three shots in the first period.

Just like Game 2, Winnipeg would get gain some moment when Mark Scheifele, who’s been sensational for the Jets, scored his 13th goal of the playoffs just over five minutes into the second period to tie the game. Just like in Game 2, Vegas would answer quickly – 12 seconds later in fact – to regain any momentum the Jets may have had from the goal. Just over two minutes later, a Hellebuyck giveaway behind the Jets net would end up on the stick of Erik Haula who fed a pass to James Neal in front who buried a shot into the empty net.

On the positive side, Winnipeg did have their chances and despite their mistakes, they’ve been close to winning both games. Patrik Laine beat Fleury but hit the post. Dustin Byfuglien had a blast that Fleury made a ridiculous save on with his right pad. A great third period in Game 3 could give Winnipeg confidence going into Game 4. If it wasn’t for the heroics of Fleury in the Vegas net, Winnipeg could have a 2-1 lead in the series. When Winnipeg plays the way they’re capable, as they did in the third period last game, there’s no team that can keep up with them.

If Winnipeg can clean up their mistakes, eliminate the bad spurts they’ve been having, and keep creating the high-quality scoring chances they had in the final period last game, they’ll come back to Winnipeg with the series tied at two. But If they continue to make the same mistakes in Game 4 as in the previous two games, the Whiteout may not last much longer in Winnipeg.