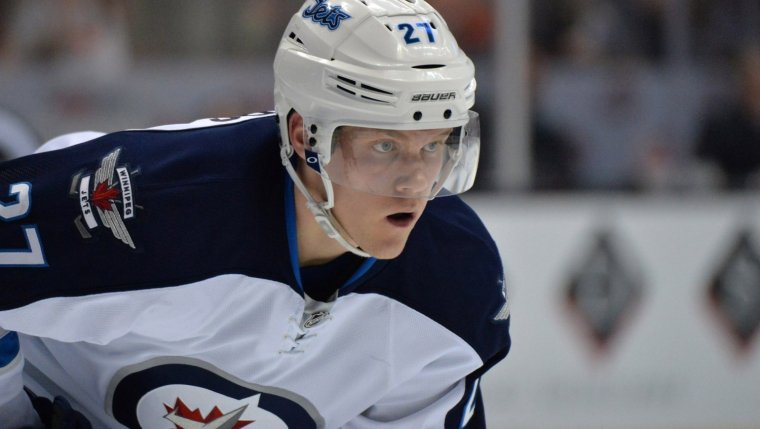 It was a night of milestones for the Jets who were playing their final road game of the regular season on Tuesday night. Connor scored his 30th goal of the season to take over the rookie goal scoring lead, rookie Sami Niku scored his first NHL goal, and the Winnipeg Jets became the 80th team in league history to register 50 wins in a season with the win.

Patrik Laine, Jack Roslovic, and Nikolaj Ehlers rounded out the scoring for Winnipeg who sat several veterans on the night. Blake Wheeler, Josh Morrissey, Mark Scheifele, Adam Lowry, Jacob Trouba, and Connor Hellebuyck were all given the night off from head coach Paul Maurice, but it didn’t stop the youngsters from taking center stage at the Bell Centre.

Patrik Laine opened the scoring midway through the first period from his wheelhouse at the top of the left circle, firing a one-timer that beat Canadiens goaltender Carey Price glove side off the post and in. It was Laine’s NHL-leading 20th power play goal - and 44th overall - to give the Jets a 1-0 lead. Laine now sits two goals behind Alex Ovechkin for the NHL lead in goals.

The Jets (50-20-10), would double their lead just under two minutes later when Ehlers capitalized on a give-and-go with Paul Stastny for his 29th of the season.

Roslovic, who was playing in his first game since March 15th, ripped a shot from the left circle with just under five minutes to go in the second and Winnipeg went up by three.

Montreal would get on the board before the period would run out when Artturi Lehkonen beat Steve Mason, who was starting his first game since a 3-0 win over the New York Rangers March 6th, to cut the lead to 3-1. Mason stopped 36 shots on the night for his fifth win of the season (5-7-1)

Paul Byron and Kirby Rychel would each find the back of the net by the midway point of the third period, tying the game at three.

The lead was short-lived as the Jets would capitalize just 24 seconds later. Niku, suiting up in his first game with Winnipeg, and scoring on his first shot, jumping on a Kyle Connor centering pass in the slot and snapping a shot that bounced off a Canadiens defender and behind Price for his first career NHL goal. The 21-year-old rookie, who is tied for the American Hockey League lead for points among defenseman with 52, played 15:13 while being paired with Dustin Byfuglien.

Alex Galchenyuk tied the game late in the third period, setting the stage for Kyle Connor in overtime. In the extra frame, Jack Roslovic put the puck on a platter for Connor in the slot who wasted no time firing a shot past Price with two minutes left on the clock, giving the Jets the 5-4 win. The goal was Connor’s third overtime winner in his last eight games.

The win gives the Jets 110 points on the season, three points back of Nashville for top spot in the Central Division with two games remaining.

Winnipeg improves to 9-1-0 in their last ten games, and finished their final road trip of the regular season with a 3-1-0 record.

The Jets became just the eighth team in NHL history to have at least one rookie score 30-or-more goals in consecutive seasons. It’s the first time since Sidney Crosby (2005-06) and Evgeni Malkin (2006-07). Laine had 36 goals last season as a rookie.

Carey Price appeared in his 557th regular-season game with the Canadiens, passing Jacques Plante (556) for most games played by a goaltender in Canadiens history.