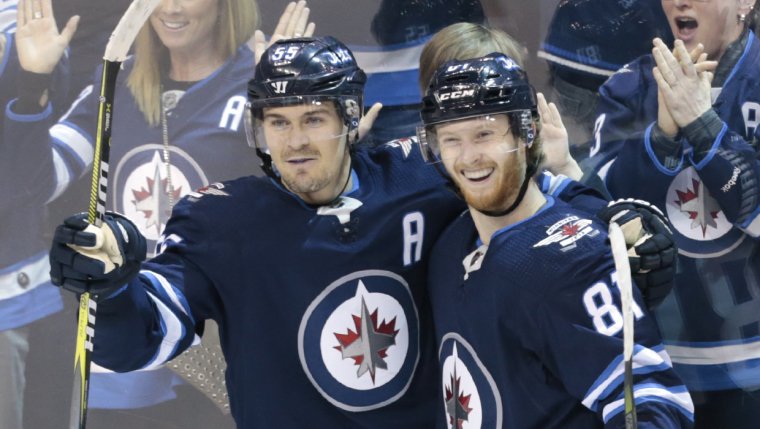 WINNIPEG - The series is officially on.

Nashville’s Kevin Fiala took advantage of a Winnipeg Jets mistake in the attacking zone, went hard the other way, took a pass from teammate Craig Smith and beat Winnipeg netminder Connor Hellebuyck with the winning goal as the Nashville Predators beat the Winnipeg Jets 5-4 at Bridgestone Arena in Nashville on Sunday night.

It was a heartbreaking loss for the Jets who had played an almost perfect road game. However, it was a huge win for Nashville who stole Game 2 and evened the best-of-seven Central Division championship (Western Conference semifinal) series at one game apiece.

And it was a steal. The Jets had played a solid road game on Sunday. They fell behind 1-0 in the opening minute of the game then bounced back with two goals – by Dustin Byfuglien and Mark Scheifele -- to take a 2-1 lead by the first intermission. The two goals were scored 29 seconds apart – at 12:47 and then at 13:16 on the power play.

Nashville scored twice in the second period to take a 3-2 lead after 40 minutes, but the Jets tied it at 5:11 of the third on a beautiful goal by Brandon Tanev. Then, after Ryan Johansen scored his second of the night to give Nashville a 4-3 advantage at 5:45, Scheifele scored his second of the evening and his eighth in seven playoff games to tie the contest with 1:05 remaining in regulation time and the Jets net empty.

This game was a was a thrilling affair from start to finish, but after an uo-and-down and yet scoreless first overtime period, Toby Enstrom, who finished as a minus-two on the night, made his second fateful error of the game by bungling a pinch at the Nashville blue line. Earlier, he had allowed Johansen to walk around him like a pylon to score Nashville’s fourth goal of the game.

It was a horrible way to lose.

Winnipeg outshot Nashville 50-41 as both goaltenders – Hellebuyck and Nashville’s Pekka Rinne – were tested at every turn. Nashville outhit Winnipeg 26-23 and certainly out-crosschecked and out-held the Jets. Nashville won 61.3 per cent of the faceoffs. Both teams went one-for-four on the power play.

Once again, Scheifele was the star for Winnipeg with two goals and an assists in 28 minutes and 11 seconds of ice time. Byfuglien had a goal and an assist and played 35 minutes and 27 seconds.

Still, the Jets got what they wanted in Nashville. They stole the opener and played the best team in the NHL during the regular season into a second overtime in Game 2. They quite easily could have escaped from Nashville with two wins.

As it is, the team with the best home record in the NHL during the regular season is coming home for two games.

Game 3 in the series goes Tuesday at 7 p.m. at Winnipeg’s Bell MTS place. An expanded (again) Street Party will begin two hours before game time. For those staying at home, the game is on CBC.