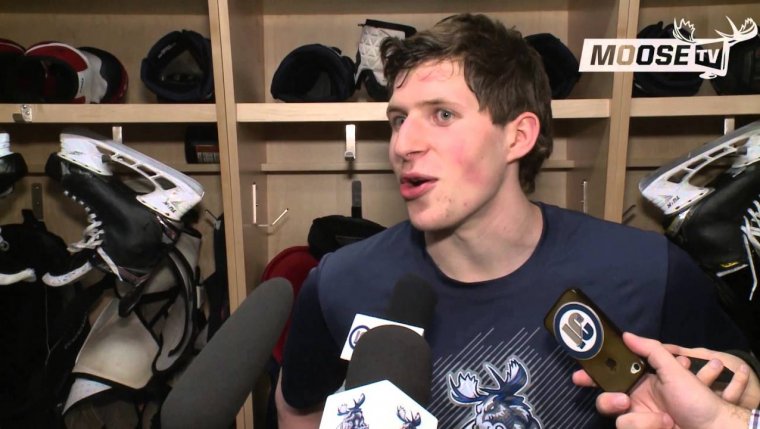 Harkins, who is 20 years-old, is in his first full season of professional hockey. The North Vancouver, BC native has eight points, 2-goals and 6 assists, in 26 games with the Moose so far this season.

During his junior hockey days, Harkins posted 242 points in 275 games with the WHL’s Prince George Cougars where he is the franchise’s all-time leading scorer.

Jansen Harkins was a second round pick,, 47th overall, for the Winnipeg Jets in the 2015 NHL Entry Draft.