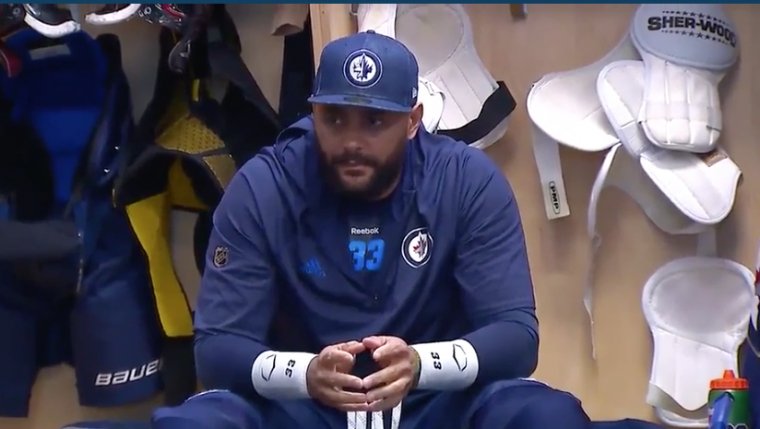 WINNIPEG - The Vegas Golden Knights weathered an early storm from the Winnipeg Jets in Game 2 Monday night, then capitalized on their own opportunities to even up the best-of-7 Western Conference final at one game apiece with a 3-1 win at Bell MTS Place.

Just as they did in Game 1, the Jets created scoring chances early on in the first period, but this time were unable to beat Marc-Andre Fleury, who finished the night with 30 saves. When they finally found a way to get the puck behind the Vegas netminder, the goalpost was there to shut the door, as it did on Nikolaj Ehlers who sent a backhand off the post, leaving the over 15,000 fans in the building buzzing.

The opening frame was a tale of two periods for Winnipeg and midway through the first period the momentum started to change. The Jets were running around in their own zone and were unable to clear the puck on several occasions and just like many tourists who visit their city, Vegas made them pay.

Tomas Tatar, who’s been a healthy scratch for seven of the Golden Knights 11 playoff games, got Vegas on the board with just over six minutes left in the period with his first of the playoffs. Shea Theodore sent a pass to Tatar at the right of the Jets net who’s first shot was stopped by Connor Hellebuyck but the rebound bounced off the end wall and to the side of the Jets net before Tatar banged it home.

Winnipeg continued to be their own worst enemy and four minutes later an errant line change by the Jets led to Jonathan Marchessault being allowed to walk in alone. Marchessault made no mistake, sliding a backhand between the legs of Hellebuyck to double the Vegas lead.

The period could have ended a lot worse for the Jets as Vegas had opportunities to add to their lead but were unable to find the back of the net, ringing a pair of shots off the post, and the Jets were saved by the bell as time expired, lucky to escape the first period trailing just 2-0.

After a scoreless middle frame, the line of Brandon Tanev, Bryan Little, and Mathieu Perreault created some energy in the building early in the third, getting a scoring chance then drawing a penalty. Kyle Connor fired home his third goal of the playoffs on the man-advantage, to get the Jets within one.

The excitement didn’t last long because It would take all of 1:28 for Vegas to regain their two-goal lead, and once again silence the crowd at Bell MTS place as Marchessault scored his 2nd of the game, finishing off a great pass from Reilly Smith, who outwaited a sliding Josh Morrissey before finding Marchessault in front of Hellebuyck and lifting a backhand over the blocker to seal the deal for the Golden Knights.

"We knew it was going to be pretty emotional and high-strung,” said Defenceman Jacob Trouba post-game. “We knew they were going to be faster this game and that’s what they were. They’re a good team. This is the conference final and I don’t think anyone expected anything different."

The series now shifts to Vegas for games 3 and 4 coming up Wednesday and Friday night respectively. Trouba says he doesn’t expect anything to change.

"It’s a series. I don’t think anybody is panicking. We’ve been here before. It’s a long series. We’re going to go to Vegas. We like our road game, we like where it was in the Nashville series and we’re going to try and bring the same effort.”