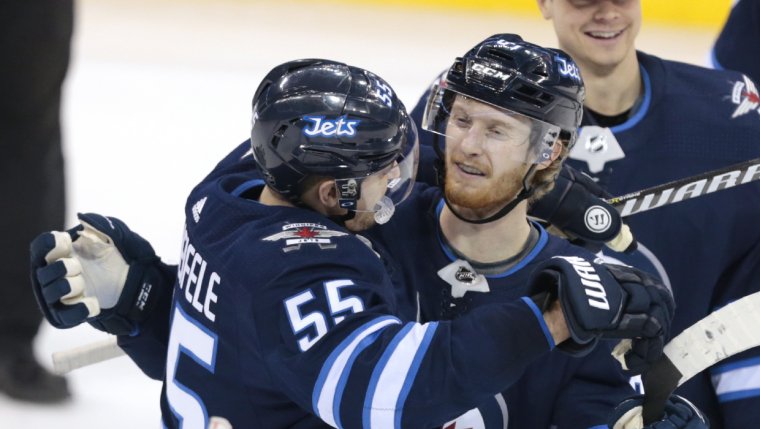 WINNIPEG, MB - Thursday’s tilt from Bell MTS Place was not the prototypical ‘Winnipeg Jets home game’ that most Manitobans have come to know and love in recent times. With a lack of scoring and power play success, the Jets did not put together the strongest of efforts Thursday evening.

Although sneaking away with a 2-1 victory, it was hardly a memorable effort on the part of the home team. An uncharacteristically slow opening period by the Jets was lowlighted by an errant Nikolaj Ehlers aerial pass to a lucky fan in the mid 200s level (resulting in a delay of game minor), a scary full-speed collision that sent Josh Morrissey heavily into the end boards, and some bad transitional play by Winnipeg’s defence – resulting in multiple Calgary chances in the early going.

Other than Winnipeg’s late opening period strike – in which Dustin Byfuglien teed up a Kyle Connor offering that found its way past goaltender Jon Gillies, thanks to a perfect redirection by Blake Wheeler – the Jets appeared very flat through 20 minutes of play. Although being outshot 15-8 after one, Winnipeg managed to escape with a 1-0 lead heading into the second frame.

Blake Wheeler’s goal with 48 seconds left to play in the first period was his 90th point of the season – by far his highest point total in one NHL season. Wheeler’s previous career high came in 2015-16, a season in which he recorded 26 goals and 78 points in 82 games.

The second period provided yet another slower paced, ‘no-risk’ style of hockey for the Jets. Winnipeg collected its second goal of the game on another deflection, as defenceman Ben Chiarot waited with the puck at the point, double clutching before unloading a perfect shot-pass to trade deadline acquisition Paul Stastny, who redirected his 16th of the season into the Flames’ net with just 7:00 to play in the second.

The Jets’ two-goal cushion didn’t last long, however. Although trying to play some ‘careful puck’, the home team did find themselves getting scored against. On yet another deflection goal, Calgary’s Spencer Foo had the puck go off his leg and past Connor Hellebuyck for his first career NHL goal, in just his third career game. The Flames outshot the Jets once again – this time 10-9 in the frame, upping their lead to 25-17 after 40 minutes.

The Jets’ power play struggled on the night, finishing without a goal on four opportunities. Winnipeg’s best third period scoring chance was shut down rather gloriously by Jon Gillies’ trapper, robbing Patrik Laine of his 45th marker with an exaggerated flash of the leather. Gillies also denied Stastny of a second goal with a sprawling effort from just outside the crease, midway through the final frame.

With his 29th home win of the season, goaltender Connor Hellebuyck tied Miikka Kiprusoff for the second most home wins in one season, and now only trails Wayne Stephenson by one victory. Stephenson collected 30 home wins for the Philadelphia Flyers in the 1975-76 season. With his 43rd victory of the season, Hellebuyck also tied Tom Barrasso for the most wins by a U.S.-born goaltender in NHL history.

With the Nashville Predators also picking up a win Thursday night, they clinched first place in the Central Division, and won the league’s President’s Trophy, meaning that Winnipeg and Minnesota will do battle in the first round of the Stanley Cup Playoffs. The Jets took three of four matchups with the Wild this past season, losing its only game at Xcel Energy Center in St. Paul.

Winnipeg will close out its regular season at home Saturday night against Central Division rival, Chicago. The Jets will look to add to their 112 points with another victory Saturday, and remain the hottest team in the NHL heading into the Stanley Cup Playoffs. Saturday’s tilt from Bell MTS Place gets underway at 6:00 P.M. and can be viewed live on Sportsnet.