Jets Over the Wild in Five 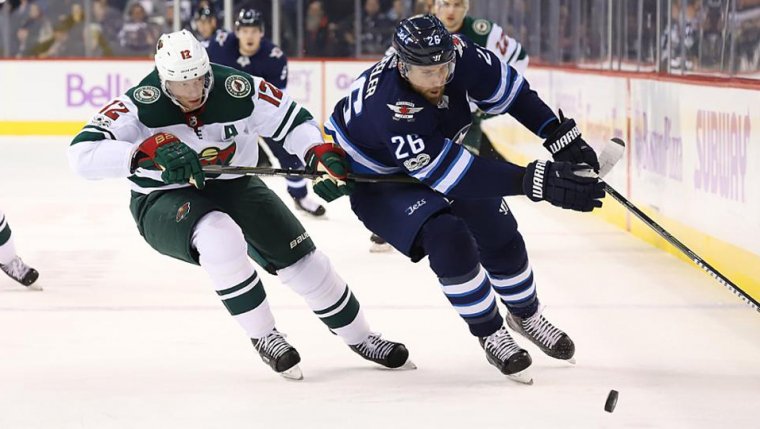 WINNIPEG, MB - Coming in with five straight wins, a healthy Jacob Trouba and the hottest goalie in the NHL, the 2018 playoff-bound Winnipeg Jets have a legitimate chance to win the Stanley Cup.

Yes, I know, that’s a bold statement, but based on the way the Jets played throughout the 2017-18 season and especially down the stretch, it suggests quite clearly to me that this team, as healthy as it is right now, is not only good enough to win the Cup, but could reach its goal with surprising ease.

Let’s not pull any punches, the Jets are good. The numbers prove it. And if, for some unforeseen reason, this team hits a bump in the road to hockey immortality, they have shown that their goaltending and offensive firepower always gives them a chance to come back after a couple of losses.

Of course, what I and the rest of the National Hockey League noticed, not only all season long, but especially in the final six weeks of the campaign was that this is a team that can play with the league’s best despite slumps, injuries and the occasional on-ice brain cramp.

2. This season, against first-round opponent Minnesota, the Jets went 3-1-0.

After overcoming all the injuries and yet still keeping pace with the leaders in the West, the Jets got better as the season progressed. When it came down to making the playoffs and giving themselves home ice advantage in the opening round, the Jets put their collective noses to the grindstone and played their best hockey of the campaign.

Individually, the Jets were remarkable. Captain Blake Wheeler had 23 goals and 91 points, was ninth in scoring and tied for first in assists. He should be under consideration for the NHL’s Hart Trophy as the league’s Most Valuable Player. He probably isn’t, but he should be.

Goalie Connor Hellebuyck will have a shot at the Vezina Trophy as the NHL’s top goalie. He finished the season with a record of 44-11-0-9 and was fourth among goaltenders who played at least half of their team’s games with a goals against average of 2.36. He also had a save percentage of .924. He was tied with Tampa’s Andrei Vasilevskiy with 44 wins, the most in the NHL and set the record for most wins in a season by an American-born goaltender.

“This isn’t about individual honors,” Hellebuyck said after practice in Winnipeg on Monday. “I look at this as a chance to win a Stanley Cup. I took a moment to enjoy our regular season success. It’s been a good milestone in my life, but it means nothing without a Stanley Cup. You don’t know how many times you’re going to get this opportunity, but we have a great opportunity especially with a great team like we have here.”

Meanwhile, Jets’ head coach Paul Maurice is already under consideration for the Jack Adams Trophy as the league’s coach of the year and by staying the course and building through the draft, GM Kevin Cheveldayoff should be one of the finalists for executive of the year.

Granted, the playoffs have been an entirely different world for all sorts of teams that have had great 82-game seasons. The ’72 Rangers, ’74 Bruins, ’85 Flyers, ’89 Canadiens, 2009 Red Wings and even the ’85 Winnipeg Jets all had great teams that probably should have taken a run at the Cup, but just couldn’t win out in that two-month marathon that is Lord Stanley’s little spring hockey tournament.

This year, however, the Winnipeg Jets – a team located in the smallest metropolitan market in the NHL -- has a legitimate chance to win the biggest, most prestigious trophy in all of hockey. Maybe in all of North American professional sport.

There is no guarantee, but they definitely have a chance. And on the upside, they should win their opening series against the Minnesota Wild in no more than five games.