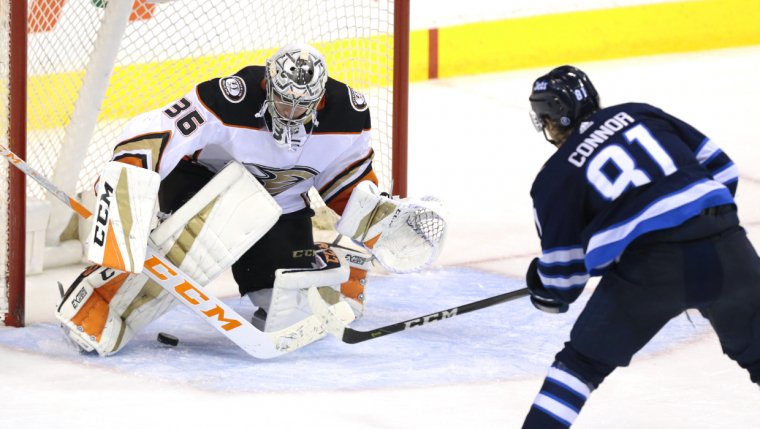 WINNIPEG, MB - For the ninth time this season a Jets player has been selected as one of the NHL’s Three Stars of the Week. This time, Jets forward Kyle Connor received the honors after lighting the lamp four times, including a pair of overtime game-winners in back-to-back games, while adding two assists in three games last week.

Connor became just the second rookie in NHL history to score a regular season overtime goal in consecutive games. He also has at least a goal in five of the Jets’ last six contests.

The 21-year-old from Shelby Township, Michigan is tied for the NHL rookie lead in goals with 29, and currently sits fifth in rookie scoring with 50 points.

Connor is now tied with Ilya Kovalchuk for the second most rookie goals in franchise history, sitting only seven goals back of Patrik Laine’s franchise record for rookie goals (36) in a season with seven games still remaining.

Winnipeg has won seven consecutive games, including going 6-0-0 during their six-game homestand. They now embark on a four-game road trip to face Chicago (Thursday), Toronto (Saturday), Ottawa (Monday), and Montreal (Tuesday), before returning home for a pair of home games to wrap up the season against Calgary and Chicago.