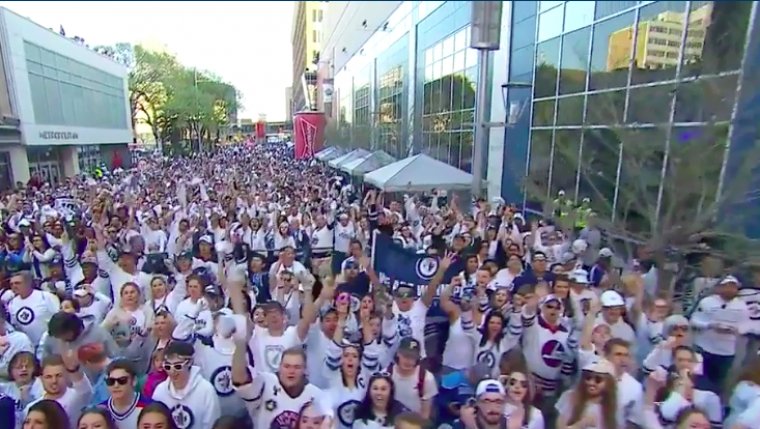 WINNIPEG - The number of party goers attending the Whiteout Street Party have declined some since the introduction of the ticket requirement. However, Economic Development Winnipeg and True North Sports and Entertainment are working to resolve the issues and said they are issuing 37,500 tickets for the next Whiteout Street Party May 20th.

The decision to keep the street party a ticketed event was made to satisfy the safety concerns of the City of Winnipeg's Special Events Committee, which True North has been a part of.

Tickets are available at ticketmaster.ca now and will be limited to four per account. Gates for the street party will open at noon on Sunday. Puck drop for game five of the Western Conference Final between the Vegas Golden Knights and Winnipeg Jets is 2 PM.

Free tickets will also be available at the street party gates, as long as the capacity of 27,000 has not been reached.

For fans who don't have online access to download tickets, True North has printed 5,000 tickets, a portion of the 37,500 tickets, that will be available at the Bell MTS Place Box Office. Box office tickets will be limited to four (4) per person.

Street party organizers would also like to remind Winnipeg Jets seat holders that their game tickets provide them free access to the street party.