Connor Scores in Third Straight Game as Jets Down Kings 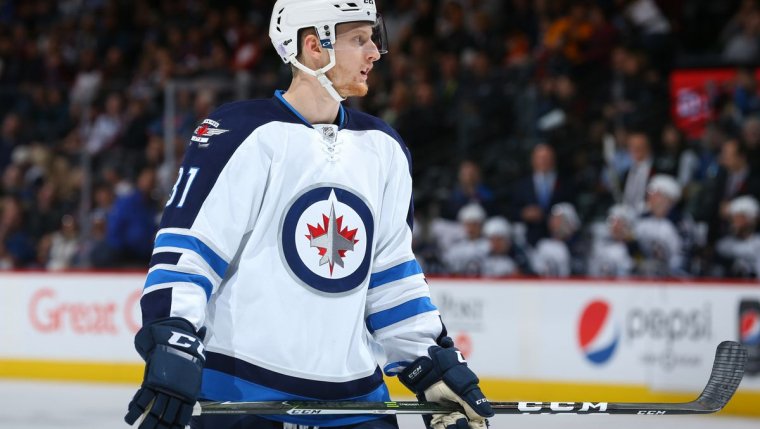 The Winnipeg Jets got off to a great start on home ice, knocking off the Los Angeles Kings 2-1 in the club’s home-opener in front of a sold-out crowd at Bell MTS Place.

The Jets were looking to rebound after a 5-1 drubbing from the Dallas Stars Saturday night, and they did just that, dominating most offensive categories, including holding the Kings to just nine shots after the first two periods.

The Kings got on the board first, when Ilya Kovalchuk redirected a Drew Doughty pass over Connor Hellebuyck to put Los Angeles out front, but that’s as close as they would come to ever really being a threat to win the game on the night. For Kovalchuk, the goal was his first as a member of the Kings after returning to the NHL this season. His last NHL goal was April 25, 2013.

Winnipeg, who outshot the Kings 14-4 and 19-5 respectively in the first two periods, tied things up midway through the first period as Mark Scheifele finished off a perfect pass from Brandon Tanev, one-timing a shot from near the top of the crease for his first goal of the season. The goal was Scheifele’s first career goal against the Los Angeles Kings to complete the cycle as the 25-year-old has now scored at least once against every team in the NHL.

Despite being drastically outshot, the Kings stayed in the game thanks to some big saves from Jack Campbell, who’s taken over for the injured Jonathan Quick and is expected to be in the pipes for the majority of the first quarter of the season. Campbell finished with 37 saves in a losing effort on Tuesday night.

Kyle Connor scored the eventual game-winner midway through the second period, knocking home a loose puck in the crease to put the Jets up to stay. The goal was Connor’s third of the season, and is the only Jet to score in all three games this season.

The rest of the way never really felt in doubt. Los Angeles had two opportunities on the power play in the third period, one with three minutes to play, but were unable to find the equalizer as Winnipeg improved to 2-1-0 on the year, while the Kings fell to 1-1-1.

Next up for the Jets is a familiar foe as the Jets travel to Nashville for a quick one-game road trip Thursday night against the Predators. It’s the first meeting between the two clubs since the Jets knocked out the Predators in seven games to advance to the Western Conference Final last season. Winnipeg returns home Sunday when they begin a six-game homestand against the Carolina Hurricanes.