A Bad Night For The Winnipeg Jets 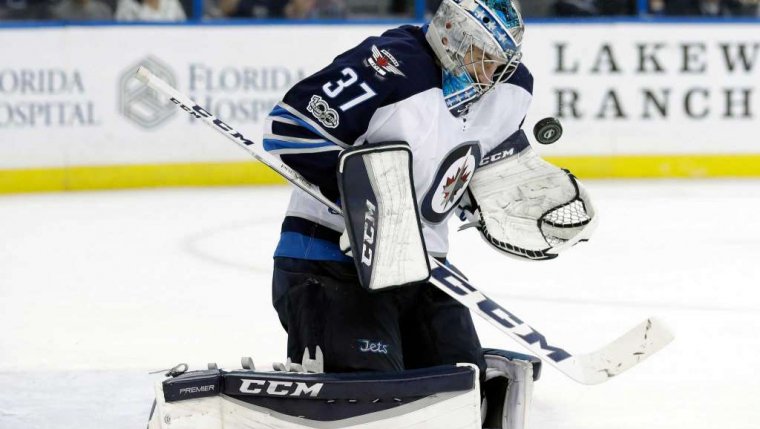 WINNIPEG, MB - The bad night for the Winnipeg Jets began even before the puck dropped on Tuesday night, and things didn’t get much better as the night rolled on, as the Nashville Predators took advantage of an injury-depleted Jets team en route to a 3-1 win.

Paul Stastny - who entered the game on a five-game point streak - was on the ice for warm up but had to leave in what was later described by Paul Maurice as ‘something that stiffened up earlier in the day and continued in warm up’, and he did not return for game time. Shawn Matthias got the call to take his spot after being reactivated off injured reserve earlier in the day. It was Matthias’ first game action since Jan. 12 when he sustained an upper-body injury that kept him out of the lineup for 24 games.

Nashville (45-14-10), who hadn’t played since Saturday night, were well-rested and ready to face a Jets team who were playing the final game of their season-long six-game road trip, played the previous night in Washington, and had been beset by injuries. And they jumped all over them early, scoring three times in the first 8:49.

Kevin Fiala opened the scoring for Nashville after receiving a perfect pass from Roman Josi in the slot and going top corner over the glove of Michael Hutchinson to give the Predators a 1-0 lead.

Moments later Nashville would get their first of two short-handed goals on the same penalty kill, when Austin Watson moved in over the Jets blueline and sent a wrist shot from the right circle that beat Hutchinson glove side to double the lead.

Just 34 seconds later and still on the penalty kill, Filip Forsberg kept a Tyler Myers clearing attempt in the Jets zone and fed a pass across to a wide-open Viktor Arvidsson in the slot who went roof on Hutchinson, giving the Predators a 3-0 lead just 8:49 into the opening frame. It’s the first time in Predator history they’ve scored twice on the same penalty kill.

Winnipeg called a timeout and Michael Hutchinson would end up leaving the game with what the Jets are calling an upper-body injury and will be re-evaluated on Wednesday.

Connor Hellebuyck came in and stopped the bleeding in the first period as the Jets were outshot 24-6 in the opening frame.

In the second period the Jets created some scoring chances, outshooting the Predators 12-11, but were unable to beat Pekka Rinne, who finished the night with 32 saves for Nashville.

Winnipeg would get some life early in the third period after Kyle Turris took a penalty 40 seconds in. The Jets would capitalize with the man advantage when Kyle Connor knocked home a loose puck in the crease after Pekka Rinne stopped a Blake Wheeler shot, getting the Jets back within two. Patrik Laine picked up an assist on the goal, extending his point streak to 13 games. Laine has 23 points (16G, 7A) during the streak.

Despite outshooting Nashville 15-10 in the third that’s as close as Winnipeg would come, falling 3-1. The Jets finish 3-2-1 on their road trip and sit eight points behind the Predators for first in the Central Division. With the win, Nashville tied Tampa Bay for top spot in the NHL with 100 points after the Lightning fell 7-4 to Ottawa on Tuesday night.

The Jets will now return home to begin a six-game home-stand beginning Thursday night when they welcome the Chicago Blackhawks to Bell MTS Place.