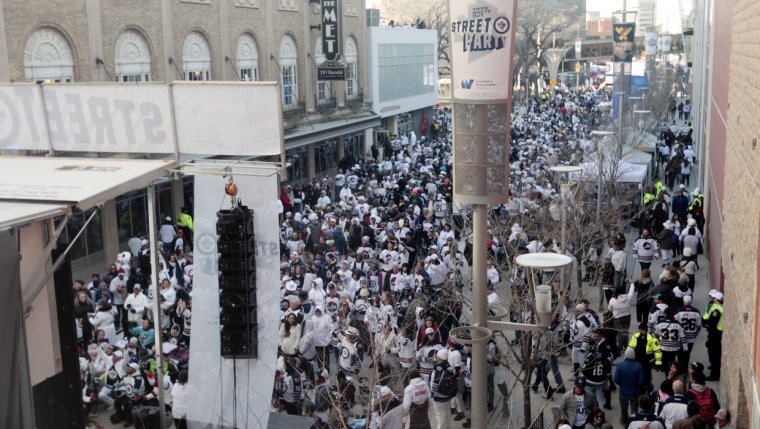 WINNIPEG - Police said about 35,000 fans celebrated in the streets as the Winnipeg Jets advanced to the second round of the NHL playoffs Friday evening..

Police said there were no serious incidents, however 12 people were arrested for public intoxication.

At the end of the game, fans moved to, where else but, the iconic intersection of Portage Avenue and Main Street to celebrate the victory. Police kept the intersection closed to traffic for about 45 minutes for the safety of the fans.

There were no arrests and no reports of property damage.

In a release today said, "We wish to thank the greatest fans in the league for their patience and cooperation as the Jets continue their playoff run."