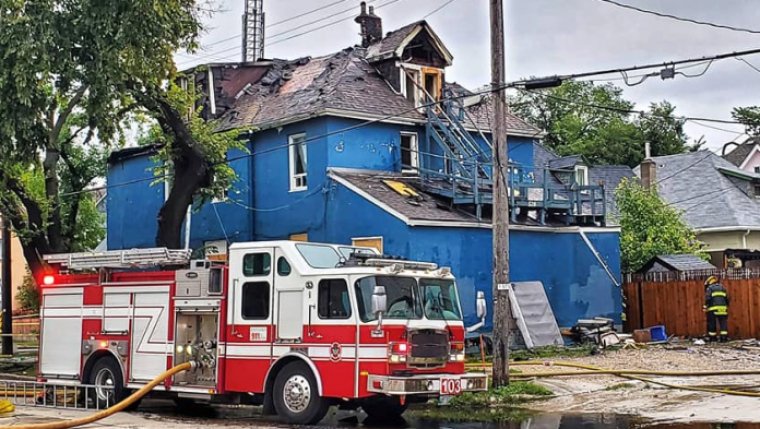 WINNIPEG - The Winnipeg Fire Paramedic Service is having a busy week after yet another dangerous fire caused serious damage.

Shortly after midnight on Thursday, crews responded to a call about a fire at a two-storey house in the 400 block of Elgin Avenue. When personnel arrived at the scene, they encountered heavy flames and smoke. Residents of a neighbouring home were evacuated as a precaution.

Firefighters launched a defensive attack from the outside using aerial water cannons. About an hour later, crews managed to extinguish most of the fire, and got to work to put out the remaining hot spots throughout the building. Nearby residents who had been evacuated have been able to safely return home, and no injuries have been reported.

The cause of the fire remains under investigation, but the vacant structure had already been damaged by previous fires in April 2019 and January 2020. The building is now considered a total loss.

This follows a fire at a home on Manitoba Ave. on Tuesday that killed a cat and sent two people to hospital, and one that sent smoke and flames shooting from a building on Furby St., also forcing crews to attack the blaze from the outside.